Haunted Branson: The Ghosts of the Titanic

One of Branson's premier attractions is the Titanic Museum, the real-life replica of the infamous 'unsinkable' ship. Inside this museum, you will find over 400 artifacts from the ship itself, some of them even passed down from the survivors. These items, which include such things as wedding rings and battered ship pieces, are said to still hold the spirits of those involved in the tragedy, which in total took 1492 lives. 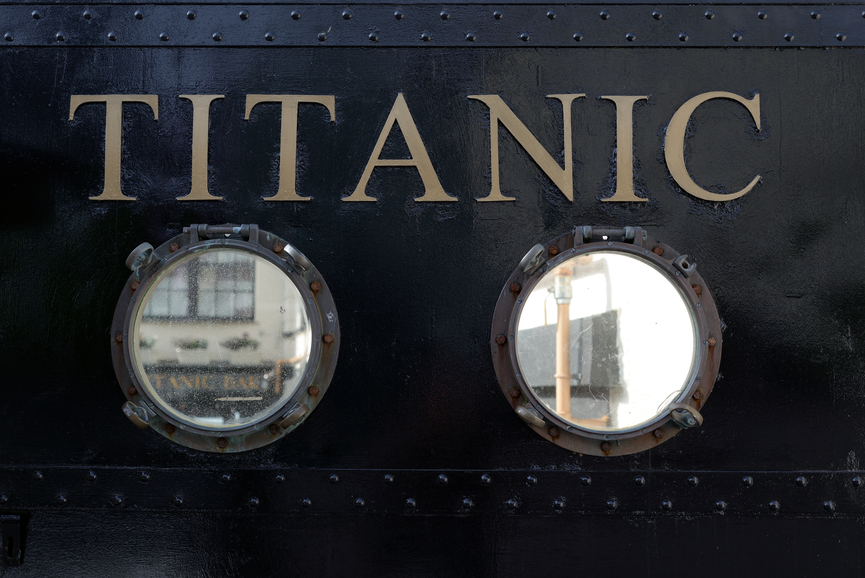 During a visit you will be able to take a walk down the 1 million dollar exact replica of the grand staircase, dip your fingers in 28 degree water, which is the temperature it was that night, explore the ship as a character and see if you survived on the 'Memorial Wall', and even possibly see a ghost or two!

Recently, employees and tour guides of the Titanic Museum have claimed to see mysterious apparitions and phenomena, the two main sitings being that of John Jacob Aster IV on the staircase and of a small child by the piano in the music room.

The supposed hauntings spooked the crew so much that Zak Bagans and his crew from Ghost Adventures paid the Branson museum a visit themselves for what locals consider to be a 'major paranormal investigation'. While this recent ghost team encounter has the city spooked, the first visit of this kind was actually made by the Wichita Paranormal Research Society in 2009, when the museum really got its 'haunted' reputation.

During their investigation, Zak and the Ghost Adventures crew used state of the art sensors and equipment to monitor various parts of the ship, of which the Promenade Deck shows the best activity. When all was said and done, the crew experienced what they called a 'child-sized pocket of ice-cold energy' around the staircase, as well as a child-sized figure on the structured light sensor (SLS) camera. It is widely believed that most of the spirits left here are children.

Take a look at the Ghost Adventure preview below and then book a trip to the museum with us, that is, if you think you can handle it!

*If you are still in the mood for something spooky during your Branson visit and it happens to be during the month of October you MUST get a ticket for the Top of the Rock Haunted Lost Caverns Tour. This is a living history turned 'undead history' tour exploring the Ozarks history through undead encounters with Civil War Soldiers, Bald Knobbers, and Native Osage Tribe Members.