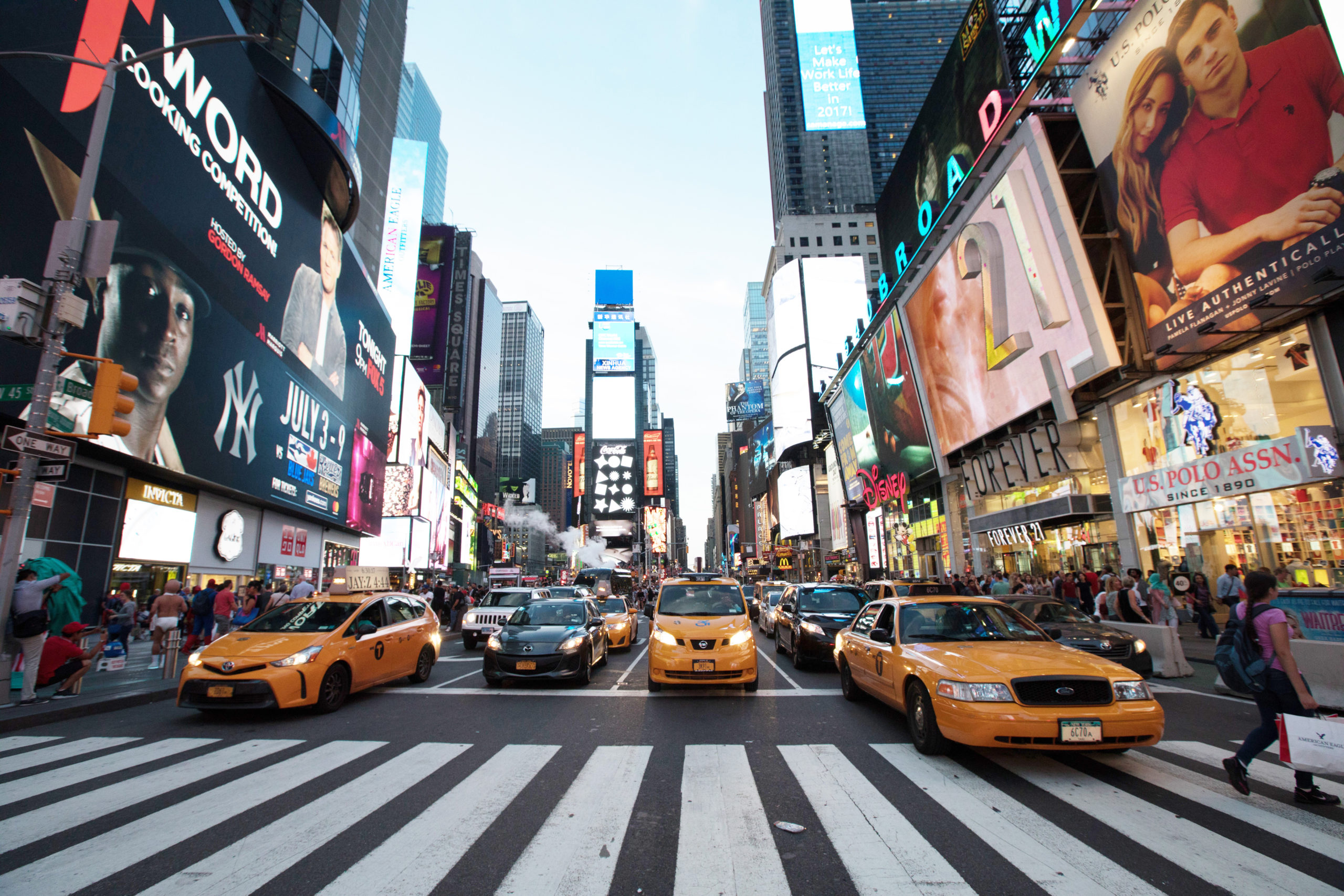 Shop, eat, sightsee, and have tons of iconic NYC fun on your next essential group travel and tour experience, Times Square! Known worldwide for its bright lights, shopping, and Broadway opportunities, and that all-too-famous ball drop every New Year's Eve, Times Square is home to so more than that and guarantees to delight every person in your group, one way or another.

Times Square, previously known as Longacre Square, was originally created as the home for the American Horse Exchange. The face of New York City changed with the discovery of electricity, and as this square started lighting up with advertisements and streetlights, many people saw the potential in the site as a cultural gathering place. The New York Times bought the land and put its first news building and the second tallest tower in the city at the time, the Times Tower, on the site. Since then the square has grown into one of the largest dedications to New York City and the performing arts.

At Times Square your group has a multitude of options for entertainment ranging from Madame Tussaud's Wax Museum, Ripley’s Believe it or Not, the Hard Rock Cafe, and even a 60-foot Ferris wheel if you fancy a scenic lift. The food options are unbeatable, with everything from fine dining to burgers and fries on the corner. Walking group tours of the Broadway district are available, as well as an interactive tour called The Ride. While the Times Square Museum is now closed, be sure to check out other less-known attractions such as Times Scare, one of the most haunted places in the nation, based out of the original building used as a crematorium on the square during the roaring '20s.

With so much to do, your group is going to find it hard to ever leave this quintessential New York City landmark, with endless opportunities for fun, as well as historic and educational learning about the Broadway culture and local New York City culture in general.