Backbeat Tours will entertain you on your trip once again, with its most popular after dark entertainment, the Haunted Heritage Memphis Ghost Tour. This tour shows guests the darker side of historical Memphis. Professional storytellers will lead you from Beale Street to the most haunted sites throughout Memphis, giving you the history of the famed vice, voodoo, phantoms, ghosts, and lost souls of the city. The tour lasts 2 hours and is mostly outdoors, so be sure to wear your walking shoes and maybe bring a jacket (though you will undoubtedly still get the chills). 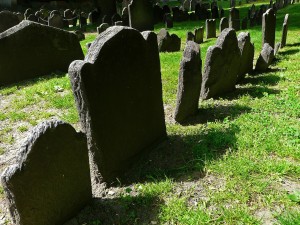 During your tour explore the several eerie legends around downtown, such as the Orpheum Theatre’s haunting presence, Mary, claimed to be seen roaming the halls and stages since 1921. Your group will also see the John Alexander Austin House, a Victorian-era mansion filled with spooky spirits and historical facts. Most popular on Beale Street, however, would be the Gayoso House's haunted piano or Ernestine and Hazel's old brothel. The brothel site is known to be the most haunted in the city, featuring a jukebox that plays whatever it wants, whenever it wants, as well as many rooms with the darkest of mysteries and spookiest of tales. Keep your wits about you during this spine-tingling tour, and enjoy taking in the darker side of Memphis with a historical twist!