Originally established by English settlers in 1628, the city of Bridgetown is a thriving metropolis of history, culture, art, and Barbados charm. Standing as both the capital and the largest city of the Barbados nation, Bridgetown succeeds in drawing international attention for its charisma and scenic vistas. 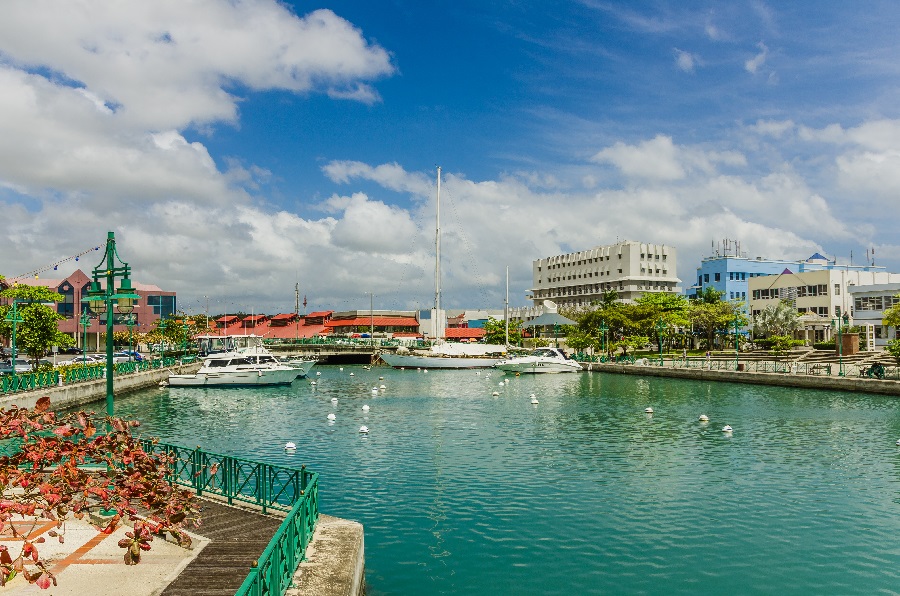 The history of Bridgetown reaches back centuries and paints a picture for modern-day visitors to the island nation. Bridgetown was the only city outside of the United States that was visited by George Washington, commemorated in the George Washington house where he stayed. The city is so steeped in history that it is now recognized as a UNESCO World Heritage Site. Visit the Garrison Historic Area filled with stunningly iconic British Colonial style buildings, landmarks built in the 17-19th centuries including a full military garrison or take a walking tour of the towering and imposing Parliament buildings.

Barbados is a very spiritual nation with several religious institutions worth visiting for their beautiful faith, sensational architecture, and historical significance. St. Michael’s Cathedral, the current building completed in 1789, boasts not only the largest pipe organ in the Caribbean but also one of the most beautiful historic buildings of importance. Likewise, the Nidhe Israel Synagogue and Museum is the only Jewish synagogue in Bridgetown and a historical landmark as one of the oldest in the western hemisphere. The synagogue museum is located on site with exhibits displaying the history and faith of Judaism in Barbados.

As Barbados is a beautiful island nation, Bridgetown is bound to draw in tourists for its natural wonders. Carlisle Bay is the area’s most popular beach for its brilliant turquoise waters, white powdery sand, and easy access to the city center. This crescent-shaped natural harbor also boasts a marine park offering excellent snorkeling and dive sports. For more diving spots, check out the S.S. Stavronikita, a Greek freighter that was deliberately sunk to form an artificial reef north of Carlisle Bay. Here you can find a cornucopia of wildlife including tangs, barracudas, and turtles among other tropical marine creatures.

A scenic city of culture, art, energy, and an indomitable spirit, Bridgetown, Barbados continuously amazes visitors with its never-ending beauty. Come see for yourself why Barbados is one of the most visited Caribbean countries in the nation’s capital city.