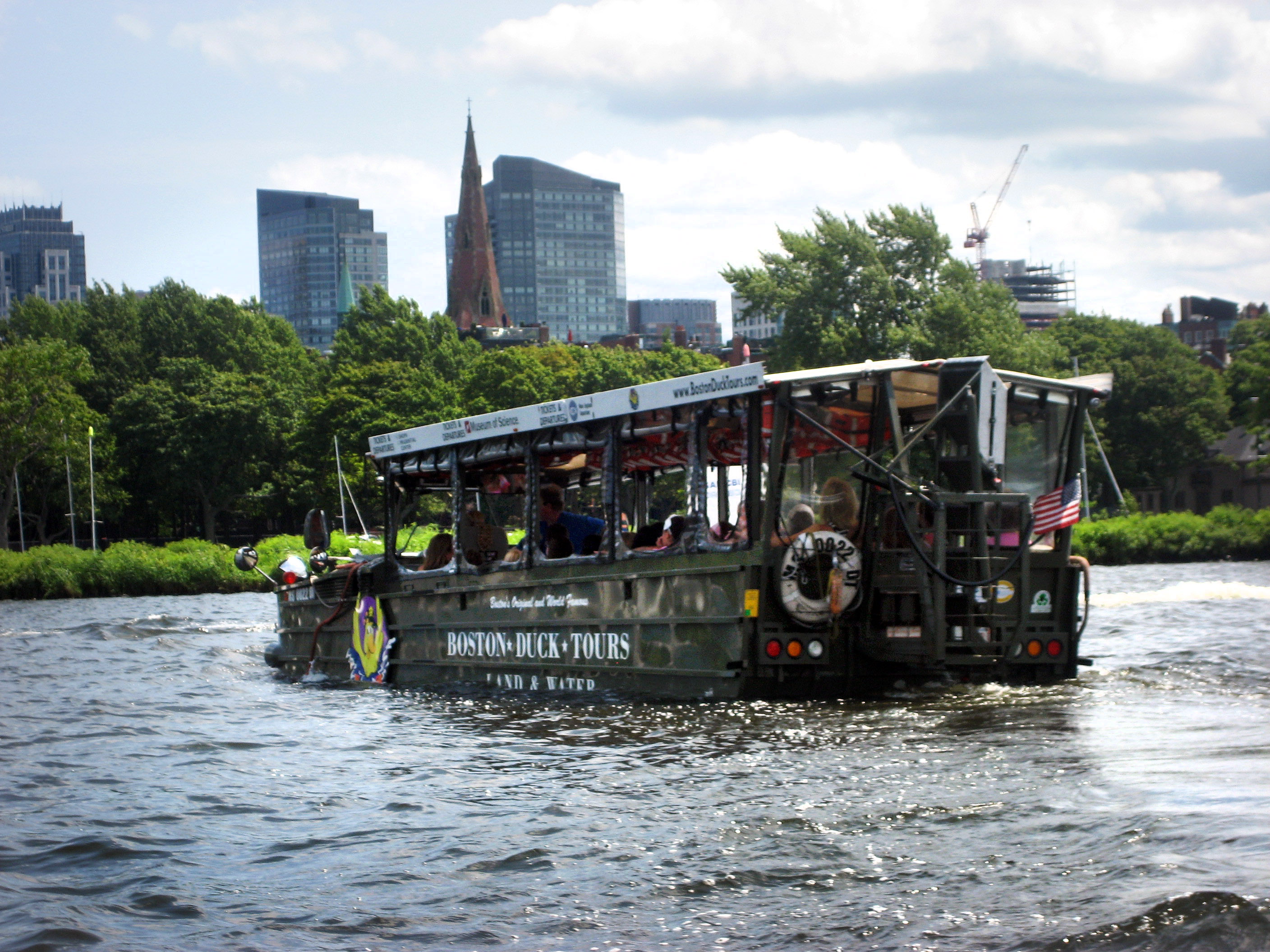 New England Aquarium
The New England Aquarium is much more than just another big fishbowl! In addition to its own Marine Rescue Team that rehabilitates injured and sick seals and the largest shark and ray touch tank on the East Coast, it’s packed with so much to see and do your travel group could spend the whole morning meeting and mingle with the thousands of fascinating residents! Troops of penguins promise delightful entertainment, and you’ll gain a privileged peek into the watery worlds of lionfish, moon jellies, green sea turtles, balloon fish, leafy sea dragons, cow nose rays, a giant Pacific octopus - and more. Head out back for a little fur seal and sea lion action, spend some quality time with the speckled harbor seals out front and take in a popular 3D flick on New England’s largest movie screen. The Aquarium's Animal Encounters let you customize your visit and learn what it takes to run a marine animal facility with a selection of specialized behind-the-scenes tours hosted twice daily.

Boston Harbor Cruise
Ahoy! Today, you and your seafaring companions will embark on an entertaining and enlightening Historic Sightseeing Cruise of beautiful Boston Harbor. These popular 90-minute excursions get your group out onto the water where you’re treated to an ample aural feast of fact, legend, and lore as you drift past harbor landmarks and highlights. You’ll enjoy breathtaking views of the nation's oldest continuously manned lighthouse, see the Harbor Islands National Park Area, experience Boston's working port and grab a sneak peek at the “lush life” on the stunning waterfront.

USS Constitution
Here, you will discover the largest assemblage of USS Constitution-related objects displayed in any one location. The impressive collections – which include a wide range of artifacts spanning the 200+ year history of the venerable warship - focus on “Old Ironside’s” origin, her crew, how she earned her nickname, her role in the early republic and her part in the present day. Through the showcasing of personal possessions including images, journals, and correspondence, the museum endeavors to bring the story of the oldest U.S. commissioned vessel afloat to life. The Museum Store showcases a “boatload” of USS Constitution-themed merchandise - coins, stamps, jewelry, artwork, apparel, memorial bricks and more; you’re certain to haul up that perfect memento of your tour of Old Ironsides! 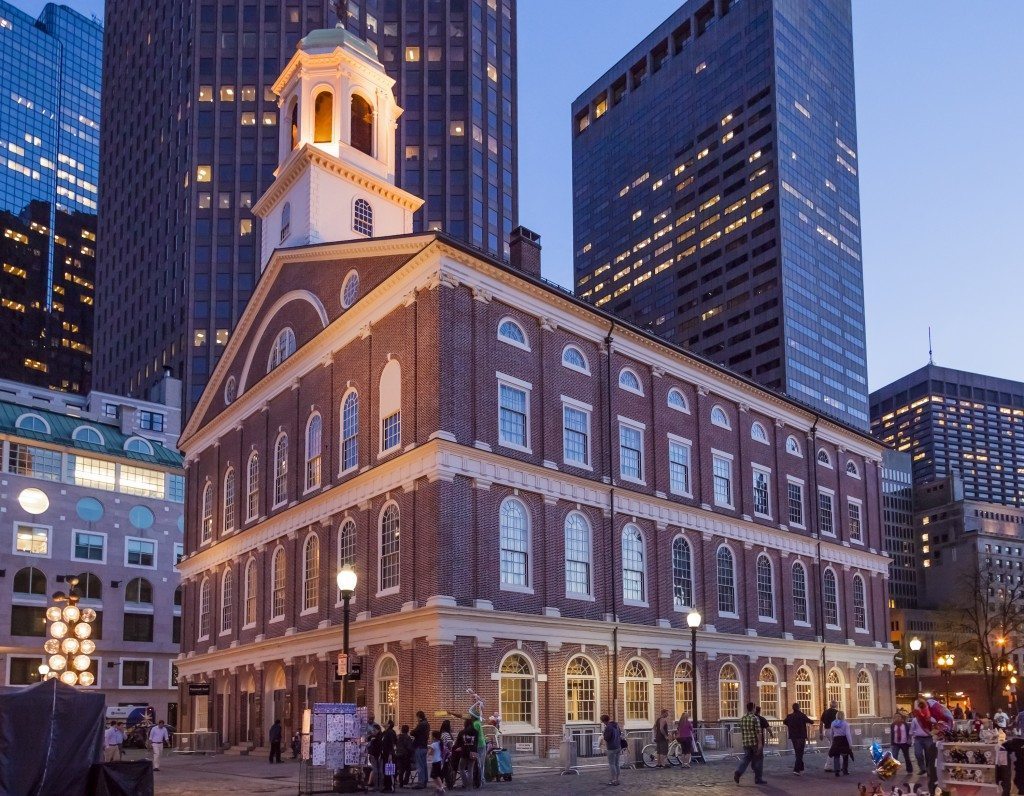 Salem Witch Museum
During the “Witch Hysteria” of 1692, twenty innocent people merely suspected of practicing witchcraft were accused, ripped from their homes and families, tried by rabid, delusional mobs of “witch hunters” and sent down to the gallows to “hang by the neck until dead.” The Salem Witch Museum – the most visited attraction in all of The Witch City - transports you and your fellow travelers back to 1692. You’ll “experience” this horrifying 17th-century timeline through a careful presentation of life-size stage sets, figures, lighting, and a chilling narration - during which you and your travel companions will learn about the changing interpretations of witches throughout history, the truth behind common stereotypes, modern witchcraft practice and the frightening “phenomenon” of witch-hunting.

Freedom Trail
Be it a carefree gambol or deliberate march, a trip down this oft-traveled 2.5-mile route will bring you and your fellow patriots around to 16 historically significant landmarks - the Bunker Hill Monument, Old North Church, the Boston Massacre Site and the Paul Revere House among them. Along the way, you’ll hear the captivating true tales of the plucky Bostonians and courageous colonists who dared defy British Rule and went on to establish the greatest republic in the world! Don’t forget your cameras - this “Walk into History” presents plenty of excellent photo ops.

Faneuil Hall and Marketplace
A trot through Faneuil Hall and Marketplace - a revered meeting hall and historic landmark attraction established way back in 1742 – nicely rounds out your Freedom Trail jaunt. This favorite gathering spot presents a diversity of unique live entertainment, fantastic shopping, and plenty of delightful dining options. Browse locally-owned treasure troves, hit up nationally recognized retailers, and wander the Bull market - the world's first "fleet" of pushcarts featuring New England artisans and their fabulous wares. It’s also the home of the world-famous Quincy Market Colonnade and the Finch and Bull – the watering hole made famous in the long-running mega-hit television sitcom, “Cheers.” A well-known stop on the Freedom Trail, Faneuil Hall is sometimes referred to as "the Cradle of Liberty"; this is “the” place to pick up those Boston sweatshirts, sample Boston baked beans, enjoy a bowl of creamy Boston clam chowder and fortify your dwindling stash of Boston tea bags!

Franklin Park Zoo
This tidy family-and-foot friendly 72-acre East Coast zoo nestled in Boston’s historic Franklin Park has long been considered the "crown jewel" of Frederick Law Olmsted’s Emerald Necklace Park System. Happy home to hundreds of amazing residents across a diverse range of species, this favorite area attraction boasts an exciting array of animal exhibits and plenty of fun features, to boot, including an adventure-sized wildlife-themed children’s play area, the fully-immersive Rhino Rescue 6-D experience, a magical carousel, train rides through the Zoo and ultra-cool “Jeep” exploration for the little ones! You won’t go hungry on this excursion; Kalahari Kitchen, Giddy-Up Grill and a variety of snack stands and perfect picnic areas promise refueling will be anything but humdrum!

Mapparium
Rise and Shine! Day three of your fantastic 4-Day excursion begins with a trip to the Mary Baker Eddy Library, where this national treasure awaits! The Mapparium’s 608 stained glass panels converge artistically to form a breathtaking, one-of-a-kind exhibition allowing visitors to view the countries of the world in accurate geographical relationship to each other via an unbelievable mirror-image, concave reversal of Earth, seen from a bridge within - the only configuration that places the eye at the same distance from every point on the globe. “A World of Ideas,” an original presentation featuring a rich orchestration of words, music, and LED lights enhances your walk through “the world”, and the mapping of the 1935 political world is a fascinating history lesson in itself, serving as a remarkable, un-retouched snapshot of both geographic and global history.

Boston Museum of Science
The Boston Museum of Science – renowned for developing fabulous, innovative and interactive exhibits and programs that both entertain and educate – whisks visitors off on a delightful foray into the wide, wonderful world of science and technology. Gain treasured insights into the magical, mysterious ways of Humpback Whales or embark on a tantalizing voyage to the Galapagos Islands at the Mugar Omni Theater, where a towering five-story screen joins forces with state of the art film technology to bring big-screen buffs a thrilling IMAX experience. Do you say 3D isn’t your thing? Strikeout on your own and explore the museum’s 700 interactive exhibits! Catch an awesome laser show at the Charles Hayden Planetarium or tiptoe through a delightful butterfly garden. Uncover the rise – and eventual decline - of the Mayan Civilization and discover how turbines transform wind into Green Energy. Find yourself in a face-off with tiny Robo-Bees, chip away at intriguing Natural Mysteries and explore the magnificent Colby Trophy Room. The world is, indeed, your oyster at Boston’s Museum of Science!

Boston DUCK Tour
As you and your giddy group board one of 28 certified W.W.II style amphibious landing vehicles, you’re greeted by friendly tour ConDUCKtors® - each local legend tendering a special brand of wacky, quacky Duck Tour magic on this delightfully different sightseeing junket! You'll cruise by historic landmarks and points of interest including the State House, Bunker Hill, Boston Common, Newbury Street, Quincy Market, the Prudential Tower and more on what could quite possibly be the ride of your lives! During this extraordinarily entertaining voyage, the very best of Boston unfolds before your eyes as your glib ConDUCKtor® unravels reels of relevant Boston history. Suddenly it’s "Splashdown" time and your mighty DUCK plunges right into the Charles River, treating your group to a breathtaking view of the Boston and Cambridge skylines!

JFK Library and Museum
You simply can’t wrap up a tour of Boston without a stop by this impressive tribute to our nation’s 35th president. Situated on ten idyllic acres overlooking Boston Harbor, Dorchester Bay and the Atlantic Ocean he so loved, the JFK Library and Museum artfully interprets the life, leadership, and legacy of President John F. Kennedy while conveying his unwavering enthusiasm for politics and public service and deftly illustrating the nature of the office of the President through its assemblage of engaging multimedia exhibits including The Campaign Trail, The Briefing Room, The Space Race, The Oval Office, First Lady Jacqueline Bouvier Kennedy, and The Kennedy Family.

Fenway Park
Closeout your fantastic East Coast adventure with a visit to iconic Fenway Park; opened in 1912, it’s a happy home of the Boston Redsox and “America's Most Beloved Ballpark", a place where dreams are made, traditions are celebrated and baseball “is forever!” Take your seat atop the world-famous 37 foot “Green Monster,” see “Pesky’s Pole” and check out that poor, lonely “Red Seat” in the right-field bleachers. Experienced tour guides provide Sox fans thrilling, one-hour walking tours of Fenway, “the Pulse of the Redsox Nation” and the oldest major league ballpark in use today!