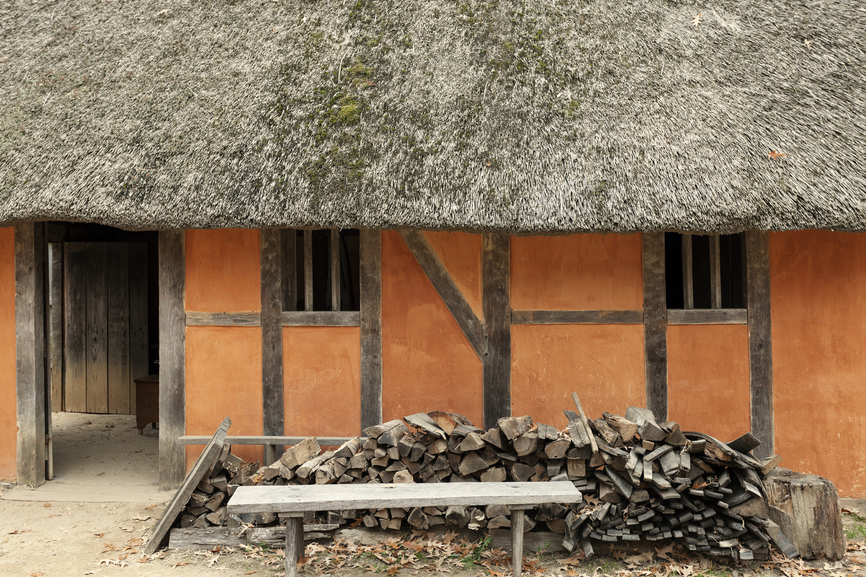 Near the original colony site, Jamestown Settlement is a living history museum built to educate the public and preserve the history of the first permanent English settlement in America. With films, presentations, discussions, replicas, and galleries, this interactive attraction recreates the world of 17th century America for an immersive illustration of life before the revolution.

The museum and site feature introductory films, exhibits on the Powhatan Indians and more, three full-size replicas of the ships that sailed from England to Virginia in 1607, and life-size recreations of 17th-century buildings. Visit a Powhatan village to learn how the Indians made wooden canoes, tools, pottery, food, and clothes or step into the colonists’ fort, James Fort. At the military outpost, you can tour the buildings, view the weapons, talk with the soldiers, or even play ninepins (aka bowling). Museum galleries feature over 500 artifacts including John Smith’s 1612 map of Virginia, a 1595 oil painting of Scotland’s King James VI, and objects brought from Europe and Africa.

Guided tours of Jamestown are based on a variety of topics including government, 17th-century art, the voyage across the Atlantic, and the Powhatan Indians. Each tour is rated for grade level appropriateness for groups with younger children. Presentations and demonstrations are given regularly to illustrate various techniques or historical aspects of the settlement such as how they made clothing and more.

Jamestown Settlement is open year round from 9-5, closed only on Christmas Day and New Year’s Day.