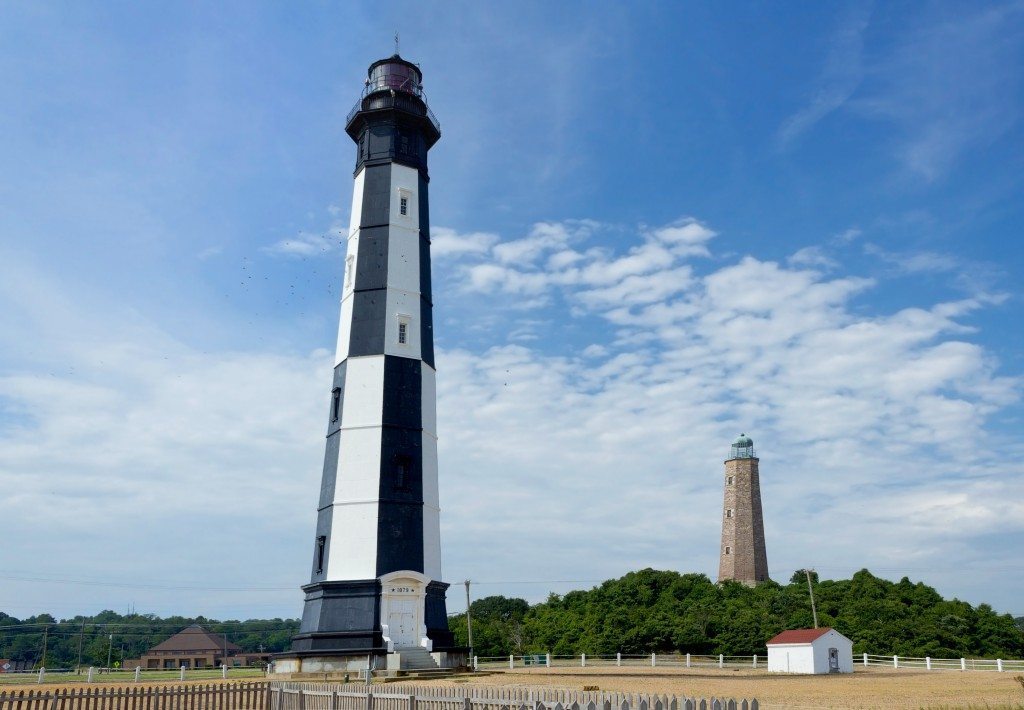 Located on the army base of Fort Story, the Cape Henry Lighthouse is the newer of the lighthouse pair that have served a great purpose for the Virginia Beach and Chesapeake Bay area. Originally, George Washington commissioned a lighthouse at this base in 1772, today known as the Old Cape Henry Lighthouse.  This remarkable sandstone beacon has since provided a century of guiding light to a merchant and government boats traveling through the Chesapeake to larger ports such as Norfolk, Baltimore, and Washington. It is said that before there was a fully operating lighthouse in this location, pirates would kidnap beacon lighters as makeshift navigational aids and move the beacon fires wherever they pleased in order to better remember their own routes. After being condemned as unusable for cracks in the wall and lantern oil soaked steps, a new Cape Henry Lighthouse was built across from it, this time made of iron.

Still in commission today by the U.S. Coast Guard this lighthouse is private, but a great view of it can be seen from the windows of the original lighthouse. Climb the steps of the original Cape Henry Lighthouse and feel the historic importance of this structure while gazing upon the new architectural wonder under the same name. Views of the army base, the forest on which it sits, and the beautiful Virginia Beach oceanfront are all accessible from this well-preserved piece of history, as well as an educational opportunity that dates back to America’s roots. Your group will truly enjoy this seaside trip down Virginia Beach's memory lane.