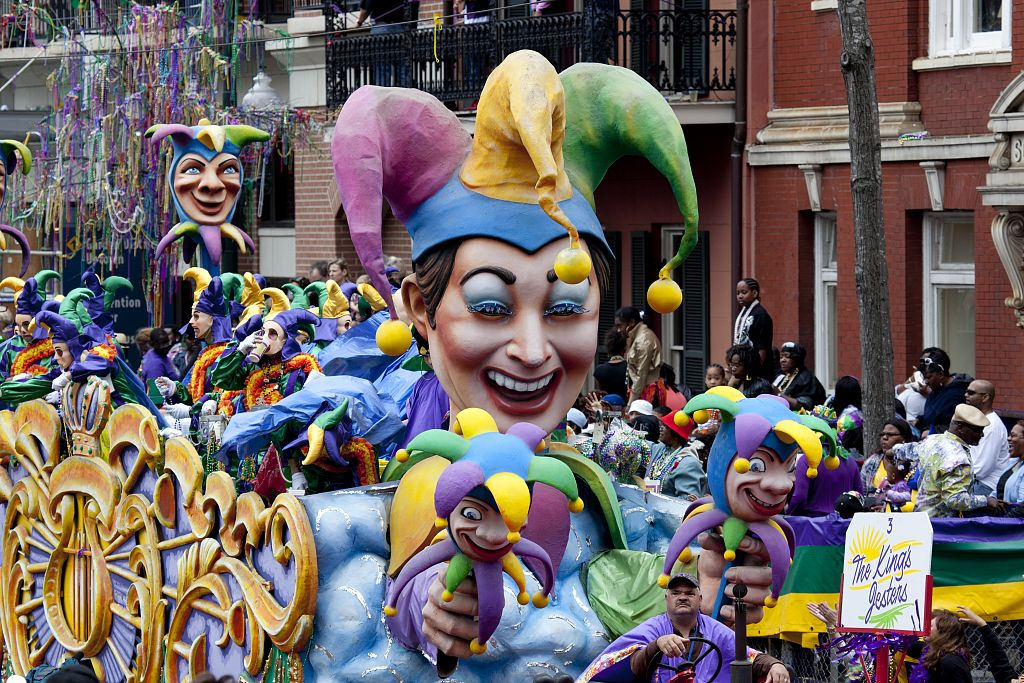 Also known as Fat Tuesday, Mardi Gras is a New Orleans tradition that can be traced back to Carnival celebrations in Medieval France and even further back to Venice and Roman traditions. Mardi Gras started as the Christian celebration on the eve of Ash Wednesday before the fasting period of the Lenten season begins. In the United States and New Orleans in particular, Mardi Gras has become a two-week-long festival of parades, balls, and parties. Thousands of locals and tourists turn out to participate in the revelry each year, making Mardi Gras the most well known and New Orleans-centric Carnival.

First held in New Orleans 1857, the Mardi Gras Krewes have organized the parades for over 150 years. These organizations embody the cultural influences that France, Spain, Haiti, and the Native Americans had on the city since its founding in the 1700s. The five main Krewes include the Krewe of Zulu, the Indians, the Krewes of Bacchus, Rex, and Endymion, each with their own costumes, makeup, floats, and style of celebration. Modern Krewes have been formed with contemporary group dynamics while others are more traditional, being founded on secret societies, ancient deities, or foreign cultures.

Mardi Gras is one of New Orleans' biggest crowd-drawing attractions and one of the largest celebrations in the country. The parades begin in Uptown and Mid-City districts and loop through the famous French Quarter. Watch the parades from the balconies along Bourbon Street or plan where you want to stand along the route to get the best view. Be sure to attend a masquerade ball and some king cake parties while you are at Mardi Gras to get the full Carnival experience.

Bring your group down and check out the floats, the Krewe makeup, and costumes, and celebrate with the city at New Orleans’ Mardi Gras.