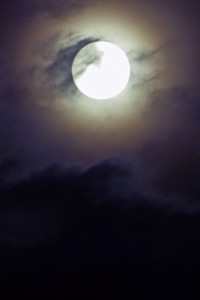 Among one of the most haunted cities in the United States, New Orleans flaunts its spooky history with tours highlighting the most supernatural sites in the city. The New Orleans Ghost Tour, offered through Haunted History Tours, has been documented by TV shows on stations such as A&E, the History Channel, Syfy, and the Discovery Channel. The Travel Channel even named Haunted History Tours the number one tour to take in New Orleans. Besides the Ghost Tour, the company includes eight different tours focusing on different aspects of New Orleans history from the Garden district to the history of vampires in the city, New Orleans scandals, and voodoo.

The original, famous New Orleans Ghost Tour is one of the most popular in the city. Explore the history of the terrible sins of the old French Quarter, visit a haunted bar, and possibly witness a ghost along Bourbon Street. The two-hour-long walking tours are offered nightly and start at Rev. Zombie’s Voodoo Shop. You never know what you may see in the French Quarter.

If your group includes skeptics, be assured that the haunted sites included on these tours have had paranormal activity documented by police records, city archives, and paranormal investigation teams. Groups large and small are encouraged to take part in the walking tours, they are easy walks and not hikes. Bring your birthday parties, social groups, curious student trips, or family reunions on the tour of a lifetime.

Known as a city rich in paranormal activity, the Ghost Tour does justice to New Orleans’ history while entertaining the touring public with fascinating, horrifying stories. Haunted History Tours literally wrote the book on haunted New Orleans so you don’t want to miss out on the spookiest, most historically illuminating tour you will ever take in New Orleans.