Known tenderly by Southerners and tourists alike as the "Carnegie Hall of the South," Ryman Auditorium is a true country music icon in Nashville that your group is not going to want to miss. The idea for this auditorium began in the 1880s when steamboat captain and local businessman Thomas G. Ryman vowed to build a tabernacle that would project his favorite speaker, Reverend Jones’ voice perfectly for a large group of people to hear. In 1892 the late Victorian Gothic Revival style structure was complete, being the largest building in the area. Being the largest structure attracted community events, political rallies, and turn of the century entertainment such as operas, symphonies, ballets, and bands. 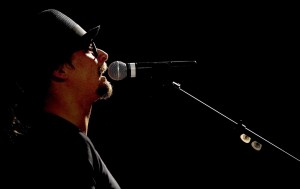 Inside the Ryman your group will have the chance to tour the halls of the historic entertainment mecca and set foot on stage and backstage, getting the full Ryman Auditorium experience. Hear the story of Earl Scruggs and how this very site became the birthplace of Bluegrass, see memorabilia from the 1901 Barber of Seville opening at Ryman, and be immersed in the past as you learn about the earliest performers at this venue, such as John Philip Sousa, Harry Houdini, Charlie Chaplin, Bob Hope, and Theodore Roosevelt. Musically, you will hear the amazing acoustic sounds of performers present and past such as Aretha Franklin, ZZ Top, and the Zac Brown Band.

Find out why this stage has been named the mother church of country music, the birthplace of Bluegrass, and has been voted theater of the year for five years running firsthand as you visit the prestigious and historic Ryman Auditorium.