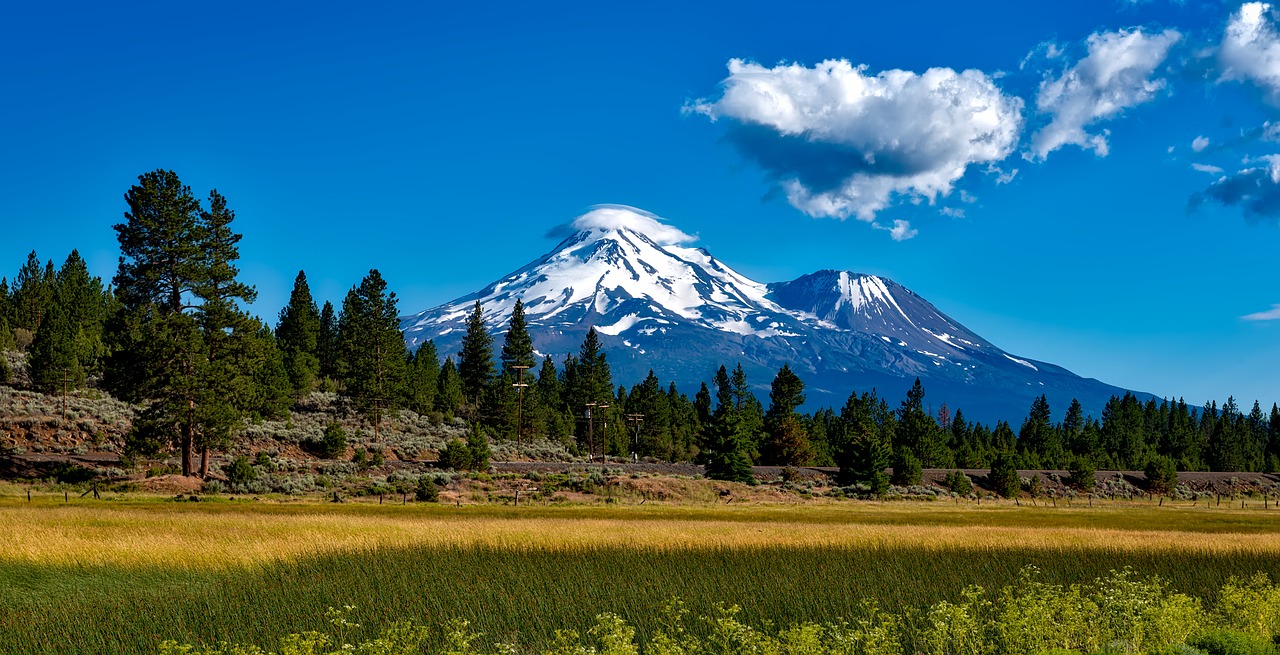 The grand centerpiece of the Shasta Cascade region, Mount Shasta is a 14,179-foot peak that rises in a perfect cone peak from the surrounding plains. This picture perfect volcano last erupted in 1786 but is now a pristine, snow-capped wonder that can be seen for miles around.

As Mount Shasta is unconnected to any surrounding peaks, its rise appears more dramatic and unquestionably commands the scenery. It has also commanded the attention of many a poet, author, and notable individual for centuries. Writer and naturalist John Muir once wrote that Mount Shasta turned his exhausted blood to wine and that he never felt weary since. This effect is felt in anyone visiting the majestic peak, even to rest at its shadowy base and bask in the mountain's glory.

Many people visit Mount Shasta for photographic opportunities, and also to try their hand at scaling the peak. While only experienced rock climbers and professionals should try and conquer Mount Shasta’s peak, there are easy and moderate trails that lead through wildflowers, meadows, and forests along the McCloud River toward scenic waterfalls. If you don’t have time to hike the mountain’s areas, have a relaxing picnic at its base or visit to marvel at its magnificence.