Before there were Cancun and Cozumel there was Acapulco, Mexico’s original resort city filled with nightlife, excitement, and beautiful beaches for the perfect getaway. Made famous in the 1950s and 1960s by the upper echelon, Acapulco found itself at the top of everyone’s bucket list for the white sand beaches, the scenic heights of the Sierra Madre del Sur mountains, and its cultural flair. Although it has receded into the ages and minds of the visiting public, Acapulco certainly hasn’t lost its ability to charm tourists to its brilliant shores and thrilling attractions. 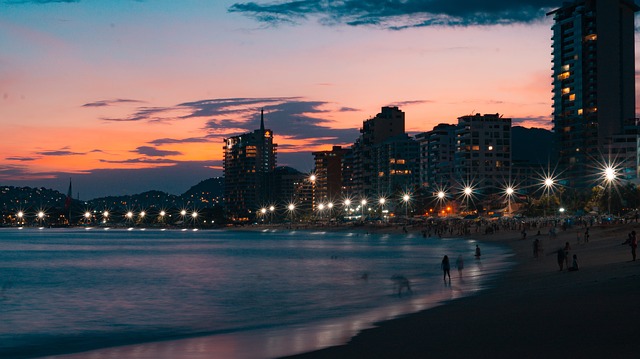 Boasting Mexico’s largest beach and its largest Latin American seaside resort city, Acapulco is separated into two distinct districts. The North End holds the traditional, mid-20th-century flair that Hollywood celebrities fell for originally while the South End has evolved with the times into a luxury hotel and all-inclusive resort stretch. To get the most out of Acapulco and experience its magic, head straight for Costera, the main drag of the beach which leads from the North End to the South and accesses the brilliantly blue Pacific ocean. To see the city from a birds-eye-view, climb or drive up to La Quebrada, the cliff where the famous Acapulco cliff divers jump daily into the shallow waters below. The Chapel of Peace, otherwise known as the Capilla de la Paz, is a lovely, peaceful cathedral offering beautiful views of the city as well.

Acapulco’s history often gets swept to the wayside in favor of its surface charm and natural beauty. However, it has deep historical importance as a popular port of call for traders throughout the centuries. Visit the Acapulco Historical Museum to learn more about the city’s significant events and cultural influences or look to El Fuerte de San Diego, a restored 18th-century Spanish fort turned museum.

Being a resort city, Acapulco certainly has hundreds of choices when it comes to exciting activities and attractions. From cultural landmarks like the Mural Deigo Rivera to the nightlife clubs, rooftop lounges, and live entertainment, Acapulco entertains like no other. Head to the CiCi Acapulco Magico, a water park where you can have up-close encounters with beautiful bottlenose dolphins, swim in the wave pool, ride the lazy river, and more.

The glamour and charm of Acapulco have not faded with time but remains to wait for you and your travel group to rediscover what she has to offer. Let us help you get started on your next trip to Mexico starting with Acapulco!