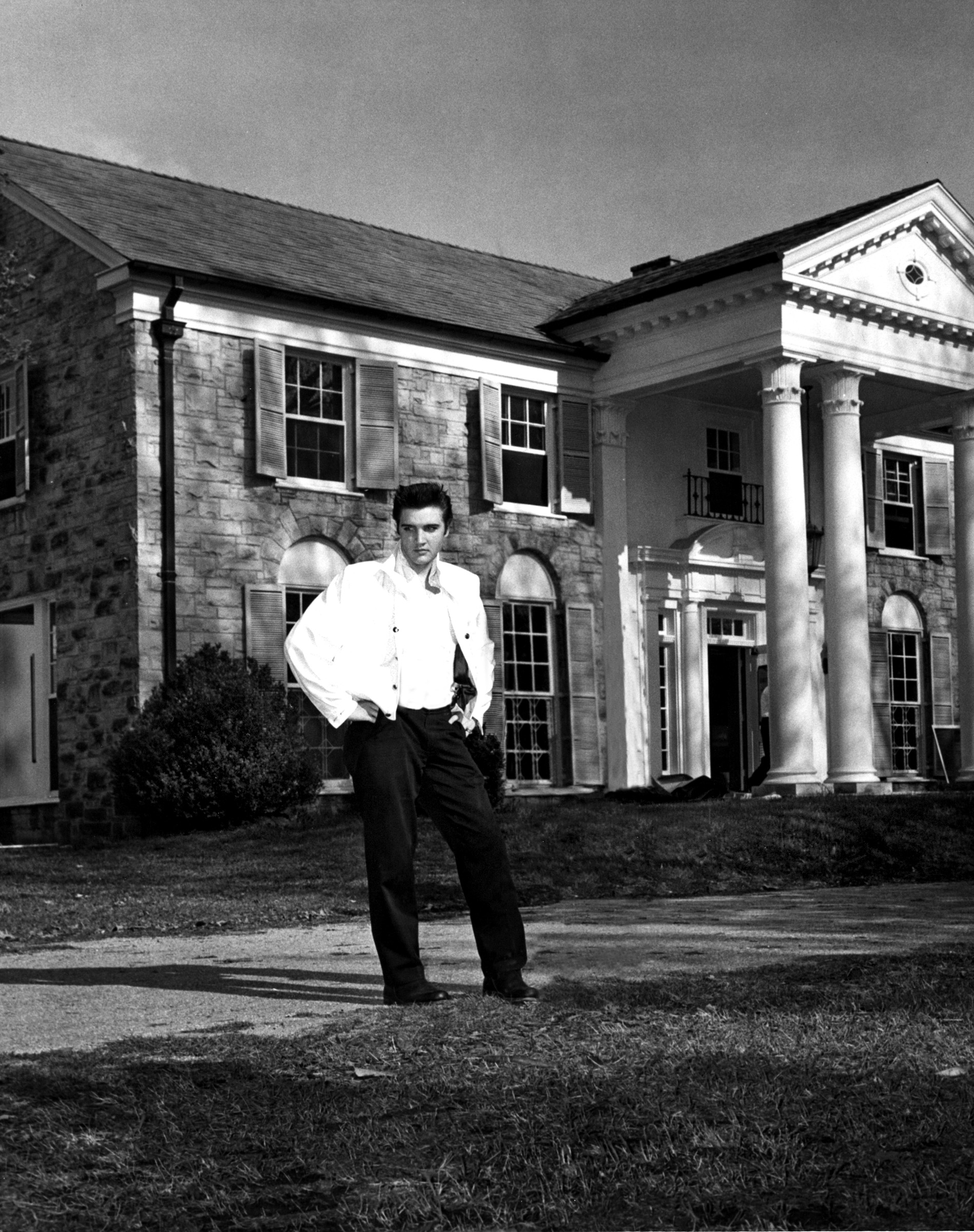 The historic home of The King, Graceland is Memphis' reigning tribute to the legacy of perhaps the most influential rock and roll artist to ever live. Among the world's most visited music-related attractions, the nearly 14-acre estate in the heart of Memphis is a lovely Colonial Revival mansion outfitted with the Presley family's possessions, Elvis' awards, costumes, and record collections, and much more.

Only the White House attracts more visitors per year, making Graceland the second most visited private residence in the United States with over 600,000 visitors a year. The fame of the home is obviously linked to its posthumous owner, Elvis Presley, The King of rock and roll and the evolutionary idol of the music industry. When he was only 22 years old, a young Presley bought the house and grounds for roughly $100,000. He had only just begun to feel the fame of his fortune and was concurrently filming his second movie, Loving You. Elvis lived in the house while he wasn't in Los Angeles or touring the country.

Graceland welcomes visitors and groups to tour the halls and collections to strengthen an appreciation and applause for this great musician and his ambitions. Tours of Graceland include the Jungle Room, a Polynesian designed addition created by Elvis himself, Elvis' father's office on the rear grounds, the Trophy Building, and Meditation Garden where Elvis' remains lie in rest.