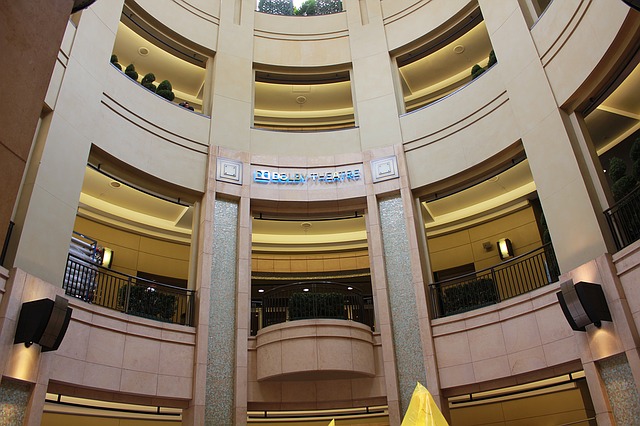 Perhaps best known as the host theatre for the Academy Awards, Dolby Theatre (formerly Kodak Theatre) is the premier event location and entertainment center located in the Hollywood & Highland complex. Attend a show, take a guided tour, or simply walk through and wonder at the magnificence of the architecture and decor.

With state of the art Dolby audio and visual technology, the Dolby Theatre offers visitors a complete immersion experience into the sound and sights of movies and music the way entertainers dream. Dolby Theatre hosts various award shows including the Oscars, the Daytime Emmys, the ESPYs, and the American Idol finales among others. Besides award shows, Dolby Theatre also regularly schedules concerts, conferences, and other events. Artists such as Adele, Neil Young, Prince, Beyonce, and more have shared the same stage as world-class symphonies, orchestras, and traveling Broadway shows.

The lobby was designed with inspirations from Michelangelo and has the grandeur fitting to a Hollywood landmark theater. Images of past Oscar winners line the walls with the faces of Grace Kelly, Jack Nicholson, Marlon Brando, and more. Attend a show or concert sitting in one of the 3,400 plush, plum-colored seats or host your own event on the same stage where dozens of actors and actresses have received their Oscars since 2002.

Guided tours are offered daily for behind-the-scenes information on the architecture of the building, the history of the Academy Awards and Hollywood entertainment with a unique look into the Oscars. No matter your group size or dynamic, these tours are a great way to experience and learn more about the entertainment industry.

Discover the glamour of old Hollywood, the prestige of the Oscars, and the best audio-visual technology modern science can provide. While you’re in town, bring your group down to the Dolby Theatre and feel like a movie star yourself.