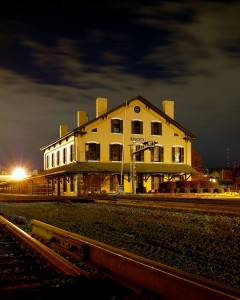 Built by the people of Huntsville in the 1820s, this depot has seen hardships of war, the progression of a town and even whistle stop celebrities!

Once the Civil War struck, the establishment was commandeered as a prison to hold Confederate men, and then to house Union soldiers as they awaited news from the North. Scratchings from inmates on the walls of the third floor mingle with the graffiti of the Union troops, while the second floor contains a model of Huntsville exactly as it was in 1860. Downstairs your group will discover a film, ticket agent and train cars open for your uninhibited exploration.