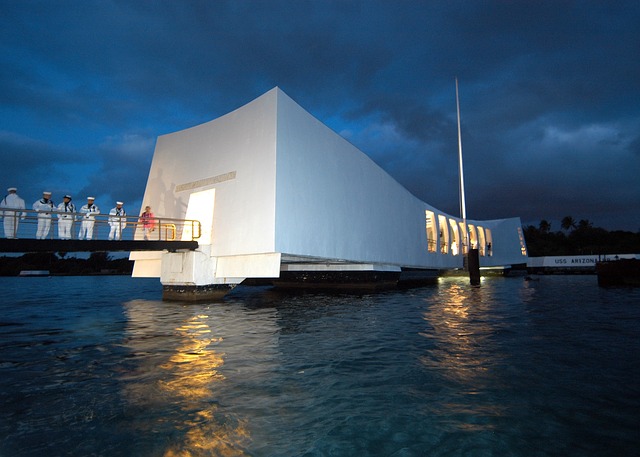 Pearl Harbor is the site of one of the most devastating military attacks our country has experienced. Oahu grandly memorializes the fallen through honorable monuments, preservation of the ships involved in the attack, and remembering those who lost their lives on that fateful day in December.

The centerpiece of the park is the USS Arizona Memorial, a structure built over the sunken remains of the battleship and the final resting place of 1,177 crewmen bombed in December 1941. The attack on Oahu's base led to the United States' direct involvement in World War II, changing the course of the war forever. The USS Arizona Memorial itself draws nearly two million visitors every year. While the memorial is only accessible by boat, its isolation both serves as an accurate location as well as a reminder of the solitary sacrifice of the men on board the ship.

Other areas of the park include the USS Missouri, the battleship on which the Japanese signed their surrender,  the USS Bowfin, and the Pacific Aviation Museum among others. Start in the visitor's centers to gather basic information about the attack on Pearl Harbor, see historical exhibits containing artifacts from WWII, and see an introductory film in the Pearl Harbor Memorial Theater. The park is also home to a bookstore with over 120 titles relating to Pearl Harbor, WWII, and Oahu history and you can also find out more through the various Interpretive Wayside Exhibits.

The National Park Service does allow guided tour companies to tour the park though they also have ranger-led Interpretive Programs, Jr. Ranger programs, guided tours and more for groups of all sizes.