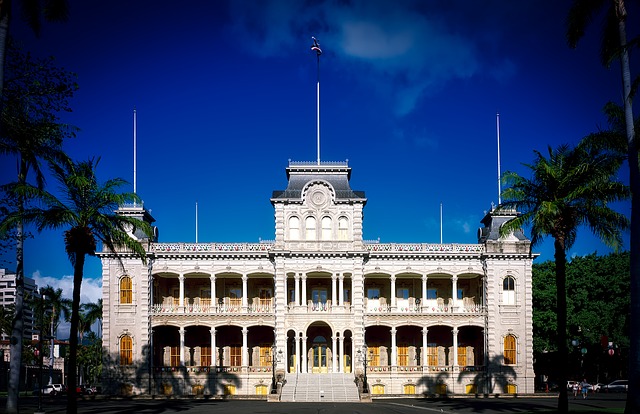 Before the United States acquired the Hawaiian islands, the archipelago operated under its own monarchical rule from 1795 until 1893. Following a brutal series of chiefdom battles spanning 15 years, Kamehameha the Great gained power and fashioned himself the king of Hawaii. Effectively unifying the islands, Kamehameha introduced Hawaii to the world as a united presence even gaining advice from westerners.

The 'Iolani Palace in Honolulu stood as the royal residence for the Kamehameha Dynasty beginning with Kamehameha III and ending with Queen Liliuokalani under the Kalakaua Dynasty in 1893. Now a National Historic Landmark, the beautiful palace stands as a tribute to the days of Hawaii's cultural kingdom. After the islands became part of the United States, the 'Iolani Palace was utilized as the capitol building for the Provisional Government and then later for the State of Hawaii. In 1978, the palace was restored and opened as a museum to the public.

Upon visiting the palace and grounds, your group can choose between a guided tour and a self-guided audio tour. From the basement gallery exhibits up to the first and second floor restored rooms, you will learn about the history of the Hawaiian ruling dynasties, the religiously sacred grounds, explore the furnishings and possessions, and much more. It is recommended that you allow at least an hour to two hours to see everything at 'Iolani Palace.