A remnant crater from an ancient volcanic eruption, Honolulu's Diamond Head Crater is a popular tourist destination and outdoor recreational opportunity to see the city with your group travel team. 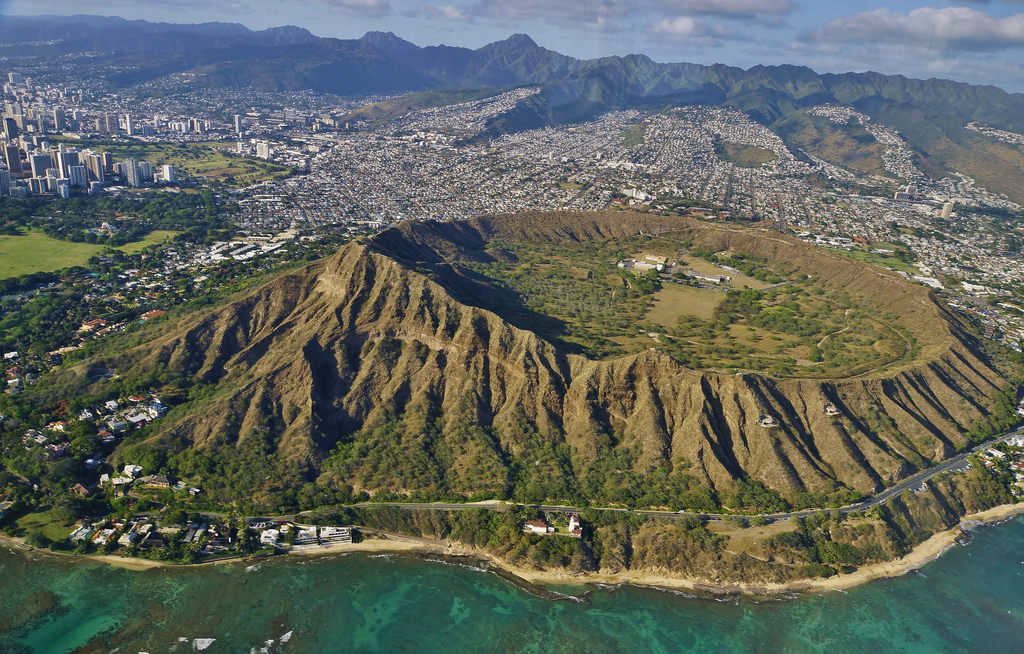 Estimated to be roughly 200,000 years old, Diamond Head is actually among the youngest of the Hawaiian volcanoes. The cone created around the crater now visible was made from an ancient eruption of explosive magnitude. The crater was discovered by European explorers in the 19th century and given the name Diamond Head, a misnomer as they believed the calcite crystals on the volcano's slope to be diamonds. Before European discovery, the volcano was known to the native Hawaiians as Le'ahi translated roughly as "promontory tuna" for its shape like a tuna's dorsal fin.

Today, Diamond Head engulfs the natural scenery of Honolulu, overlooking the entire city with prestige and nobility. The natural wonder attracts thousands of visitors every year to challenge its steep height and climb its hiking trails to the top of the crater. The hiking trail is only 0.8 miles but it is a steep journey and could be considered difficult for people unused to hiking.

Though it may be difficult, once you reach the top it's all worth it to see the views looking over the island of Oahu and out towards the Pacific Ocean.