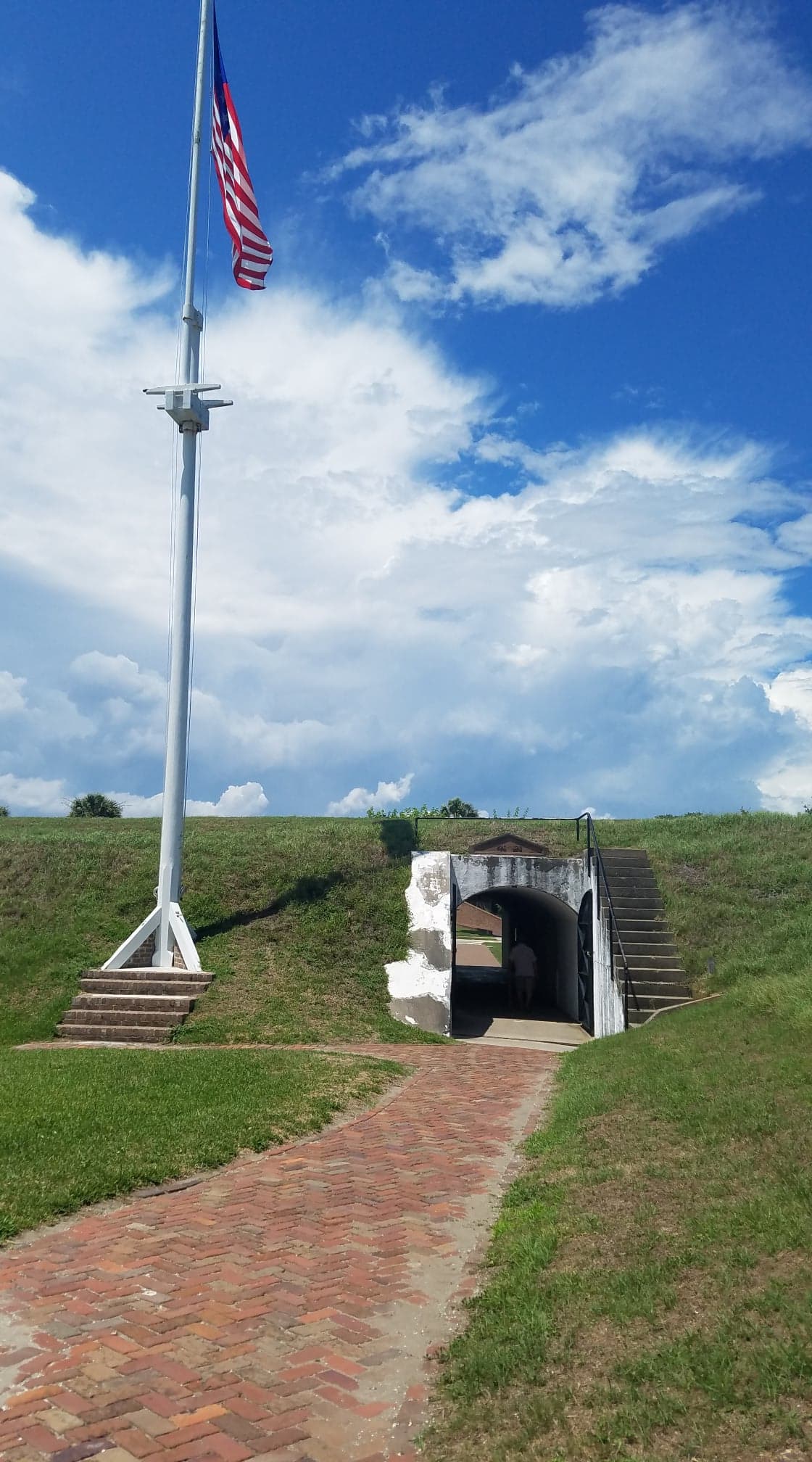 One of the oldest still-standing forts on the Eastern Seaboard, Fort Moultrie is a must-visit for history buffs in Charleston.

This low-lying coastal structure began as a Revolutionary War defense, then evolved over time into a secondary Confederate stronghold in the American Civil War. This was the very first fort built on Sullivan's Island, first constructed of Palmetto logs and sand. The early fort was attacked on June 28 of 1776 and ultimately saved from British occupation after a 9-hour battle. Because of this feat, it was named in honor of the then commander, Colonel William Moultrie.

In 1780 it was captured by the British and the area was evacuated in the Revolution's final year. In 1793 a 'second Fort Moultrie' was established during the war between Great Britain and France, and in 1798 over 20 new forts were completed on the property. Soon after the base was destroyed by a hurricane (1804), then rebuilt new with brick in 1809. The next big use for Fort Moultrie occurred in 1860 when South Carolina seceded from the Union and became involved in the Civil War. The fort was modernized in the 1870s with new cannons and batteries buried under the earth.

You can learn all about how Fort Moultrie went to being a WWII Harbor Entrance Control Post from the humble Palmetto log fort in 1776 within the visitor center across the street from the actual fort.