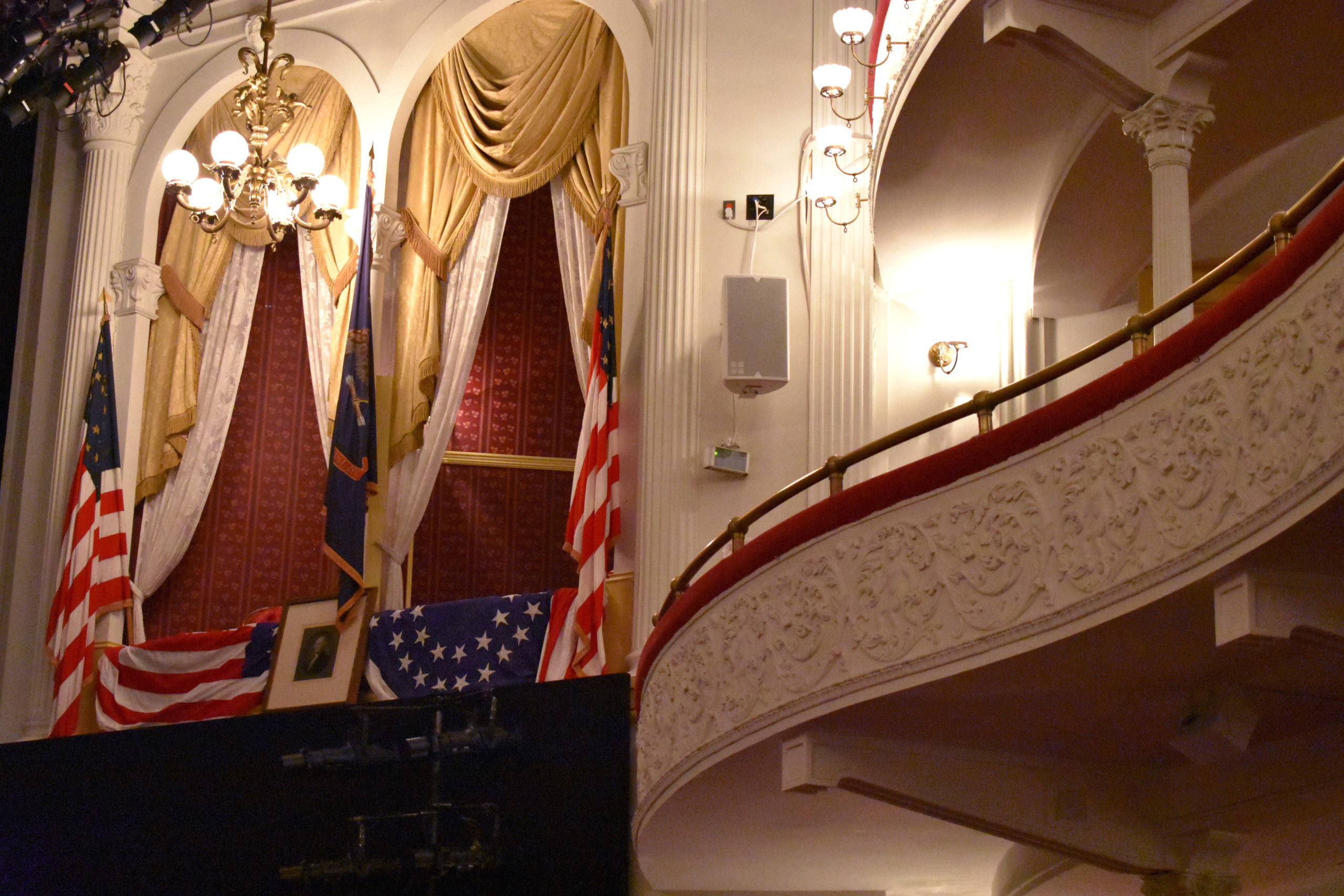 Welcome to Ford Theatre, one of Washington D.C’s most infamous, and most popular historic spots! This historic D.C landmark was/is popular for two main reasons, the first being the fact that it was excellent in both architecture and talent in the 1860s, and the second being that it is this spot in which the unfortunate Abraham Lincoln assassination took place on April 14th, 1865.

First opened in 1863, the Ford Theatre still remains strong today with nightly performances and daily tours. It usually takes guests an average of two hours to see the entire NPS-owned theatre, with several different parts to see including the Museum, Theatre, Petersen House, and Aftermath Exhibits. Within the museum, you and your group will explore Abraham Lincoln’s presidency, civil war milestones, and assassination conspiracy led by John Wilkes Booth. This is your chance to

‘Learn about his life in the White House, struggles he faced during the Civil War, and his meetings with abolitionist Frederick Douglass’.

In the theatre itself, you can listen in o a historical talk by an NPS ranger, take a self-guided tour throughout, or watch the 30-minute ‘One Destiny’ play which explores the story of Lincoln’s assassination through the audience's eyes. The Aftermath Exhibits show the journey of Lincoln’s body to his grave after his death as well as the manhunt for Booth, and the Petersen House across the street shows the historical aspect of trying to keep Abraham Lincoln alive right after the shooting, and of his final passing hours.

So join the over 650,000 annual guests that explore this popular tourist destination on 10th Street and explore the tragic and intriguing history of the Ford Theatre.