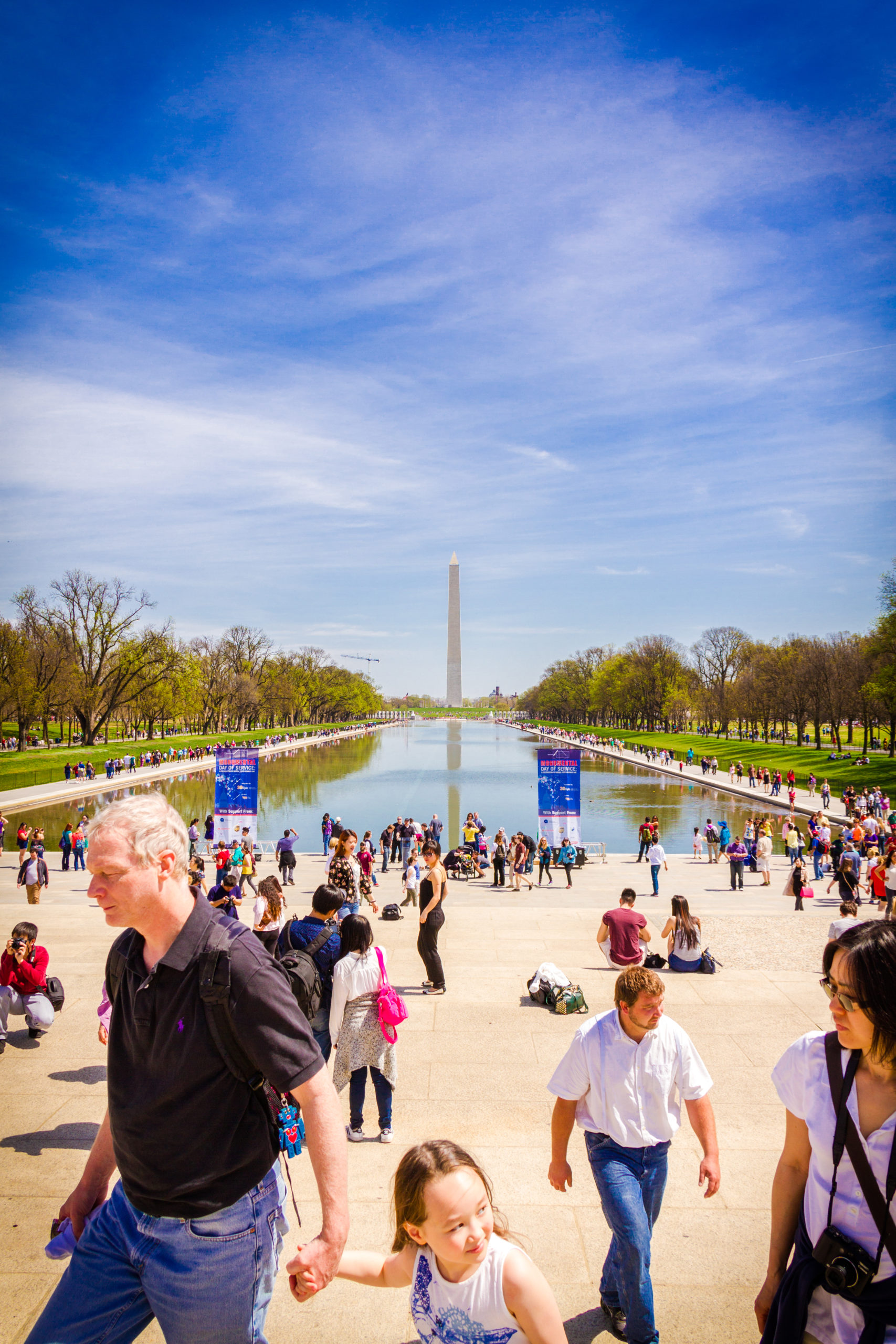 View of the Washington Monument National Mall Courtesy of washington.org

Millions of visitors start their Washington, D.C. tours at the National Mall every year. This two-mile stretch of land between the U.S. Capitol Building and the Lincoln Memorial is a beautiful, historic, tree-lined avenue where Americans gather for education, fun, and sometimes protest. This is the historic site where the Reverend Martin Luther King, Jr. gave his iconic and poignant "I Have a Dream" speech, where protesters rallied against the Vietnam War and modern-day marchers gathered to speak their piece. While the National Mall is a landmark in history, it is also centrally located to several major D.C. attractions.

Locals and tourists tour the National Mall's incredible sites such as the Washington Monument, the memorials devoted to President Jefferson, Martin Luther King, Jr., and President Franklin Delano Roosevelt, and the National Gallery of Art. Ten Smithsonian museums are located along this stretch including the National Air and Space Museum, the Natural History Museum, and the American History Museum. Also within walking distance is the Vietnam Veterans Memorial Wall.

The green landscaped lawn is also a popular spot for picnics and outdoor festivals. The Smithsonian Folklife Festival in July, the National Book Festival in September, and Screen on the Green on summer Monday nights are wonderful events that utilize the beautiful and historic site. The Cherry Blossom Festival, scheduled annually from late March through mid-April, celebrates the beautiful cherry trees within the Mall which were originally a gift from the Japanese government in the early 20th century.

The National Mall is centrally located to many attractions and is Metrorail accessible.