Liberty Bell - What better way to start your adventurous 3-day Philadelphia adventure than with a stop at the highly popular Liberty Bell? This iconic symbol of American independence is located on 6th and Market Streets in the heart of Philly, a 2,080-pound bell made of copper and tin. The bell was lust rung in 1846, and the first rung in 1776. The infamous crack in the bell happened during the first test ring after which the original London-made bell (forged by Isaac Norris) was melted down and made anew. The bell rang for 70 years in the Pennsylvania State House, AKA Independence Hall, and called various lawmakers and townspeople to meetings. While here your group will see up close the features such as the historic biblical inscription as well as learn all about how this bell was turned into a symbol for abolitionists, women suffrage advocates, and the civil rights movement across the U.S.

Independence Hall - Close by on Chestnut Street your group will find Independence National Historic Park, in which at the center you will its main component, Independence Hall. This is the spot in Philadelphia where both the U.S. Declaration of Independence and the Constitution were debated, adopted, and signed into being. This gorgeous historic building was designed by architects Andrew Hamilton, Edmund Woolley, and William Strickland. Inside you and your group will have the chance to learn all about the important documents signed within, as well as the men and minds behind the famous phrase "we hold these truths to be self-evident…" The Georgian-esque hall sits large and beautiful in the midst of the larger historic park in which you can also visit the Independence Visitor Center, Congress Hall, the Franklin Printing Office, or take part in any daily offered ranger-led tours, special programs, or red-tail hawk watching.

National Constitution Center - Welcome to the museum of many names, oftentimes called America’s Town Hall, the Headquarters for Civic Education and even the Museum of We the People. Officially the National Constitution Center, this amazingly educational and one-of-a-kind interactive museum is dedicated to the education and history of the United States Constitution, as you may have guessed, and features rare U.S. artifacts and uniquely informative theater performances. At the National Constitution Center, you and your group will walk away with increased awareness and understanding of the Constitution, as well as see hundreds of different exhibits and interactive conversations that will inspire active citizenship in all, by celebrating America and its past and future.
Grab some brain food in the form of soup, salad, sandwiches, or of course a Philly cheese steak, then head over to the Museum Store to pick up an essential educational souvenir!

Benjamin Franklin’s Grave - Your last stop of the day will be within the historic and extremely beautiful Christ Church Burial Ground, a 295-year-old cemetery located in the heart of historic Philadelphia. First established in 1719, this extremely historic burial ground is considered to be one of America’s most interesting colonial and revival-era graveyards. There are over 1,400 markers within the two acres of land, some of them belonging to signers of the Declaration of Independence, and of course one marker to the famed Benjamin Franklin. Not only will you get a chance to see these famous resting places up close, but you will also get to see countless local lawyers, leaders, parishioners, and history makers in almost every step you take. A stroll through the Christ Church Burial Ground is a stroll through Philadelphia history itself, an absolutely amazing educational opportunity to learn the story of the many victims of Yellow Fever, colonial-era church members, and men who shaped the foundation of history for the U.S. 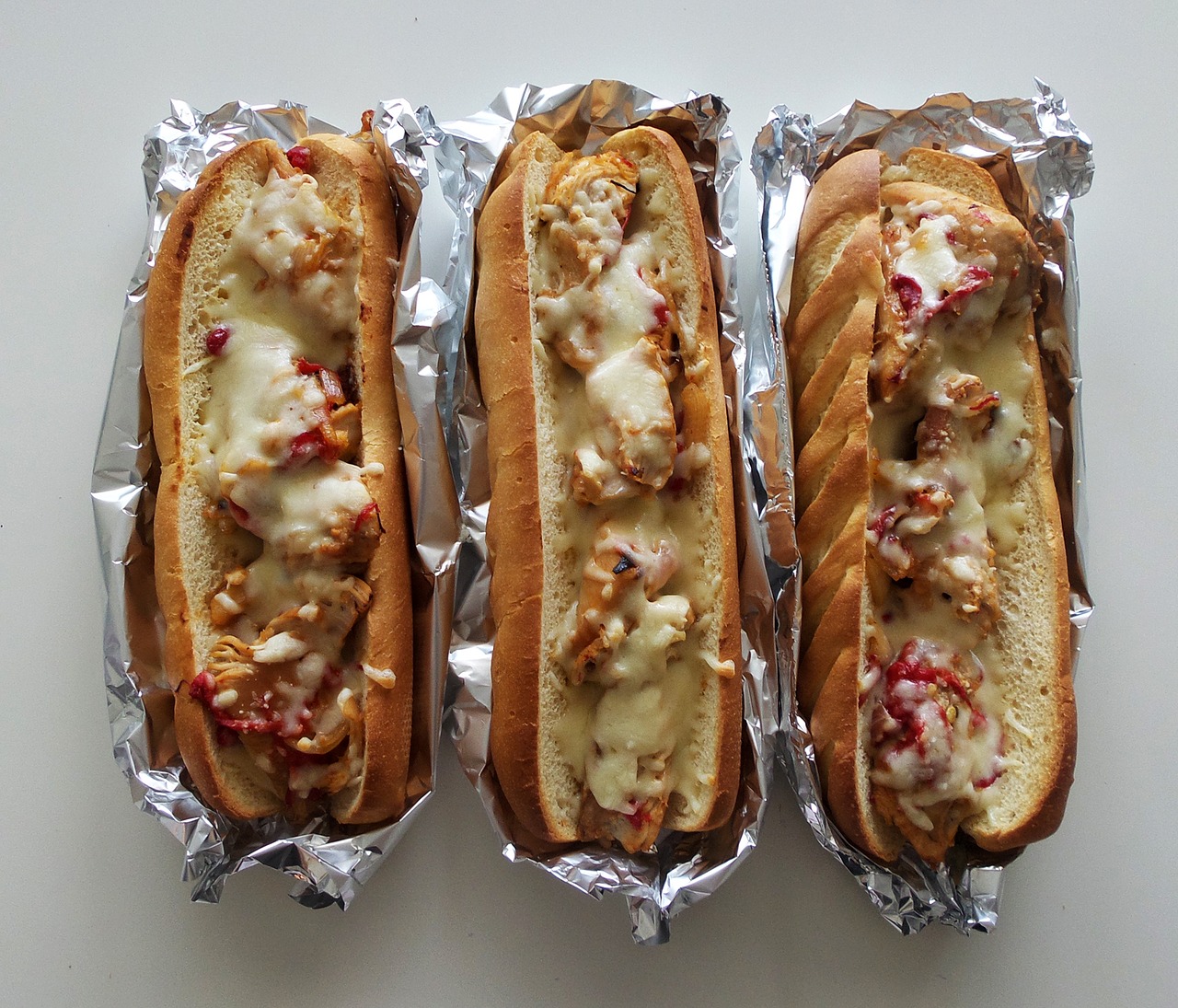 Chew Philly Tour  - Get a late start this morning and wake up to an amazing culinary opportunity, the Chew Philly Tour company's Authentic Philly Food Tour! This amazing and super-filling walking tour around the historic neighborhood of Manayunk lasts about two and a half hours and is offered most Fridays, Saturdays, and Sundays in the warm season. The tours will start at 11:30 or 12 each afternoon and are actually a complementary feature of purchasing the Philadelphia City Pass if that is something you are interested in while here to stack up the sightseeing (and eating) deals. On this particular tour along the Manayunk Canal you and your group will be chowing down on some of the best local cheesecakes, tomato pies, soft pretzels, and yes, even authentic cheesesteak! Be sure to wear comfortable walking shoes and save plenty of room to taste it all during this amazing and immersive culinary and cultural tour of Philly.

Franklin Institute - Spend your afternoon at the highly popular local learning institution, the famed Franklin Institute. This immersive science museum is located right off of 20th Street and will provide your group with a truly lively and family-friendly science experience with many interactive exhibits and displays, not to mention an on-site planetarium and IMAX theater. Enjoy such exhibits as Sir Isaac’s Loft, Changing Earth, Giant Heart, Foucault's Pendulum, and the current special exhibit Lost Egypt, the immersive quest for knowledge using modern science and technology to understand ancient Egypt. Enjoy new features such as the National Park Adventure on IMAX, the Science Behind Pixar exhibit, and the various student sleepover options. Before you go be sure to visit the iconic Benjamin Franklin Memorial, shop the Science Store for all your essential educational gifts, books, and toys, and stop at the onsite Franklin Foodworks to fuel up on some much-needed brain food!

Madcap Theater - Welcome to the Madcap Theater, located right off of York Street. Here in this historic building you and your group will feast your eyes upon the irreverent and comical works of the two-man comedy duo that has over 10 years of performance experience in Philadelphia. This act brings to life historical legends of the past, from George Washington, Ben Franklin, and Betsy Ross to zombies and mythological beasts! This spin on American history allows you to see actors work at an almost breathless pace to educate, in their own special way, guests on the founding of Philly and, in turn, the nation itself. Today you can see the play History...Done Funny, featuring informational and funny stories of William Penn, Paul Revere, the Yellow Fever epidemic, and even John Paul Jones's wrestling career. It’s sort of like a combination of the best of vaudeville, a comedy club, and live theater all at once! (Note that sometimes the group performs at the Philly Tour Hub in Old City.)

Betsy Ross House - Welcome to the house of stars and stripes, the landmark Betsy Ross House in Philly right off of Arch Street. This historic home is the purported site of famous American seamstress and founding flag maker, Betsy Ross. Within Philadelphia’s Historic District, this home of the American flag and the amazing woman behind it provides a look at the colorful fabric of America’s rich history, literally! Get enveloped in the sights and sounds of the 18th century as you and your group explore the exact room in which Betsy Ross sewed the first flag in 1776. Discover the many different various rooms with character dressed staff members, you may even stumble upon Betsy herself at work in her upholstery shop! Here you can watch her at work, ask her about her life, and listen to her stories about her personal business and what it meant to sew the American symbol of freedom. In this room, you can also see and learn all about the upholsterer’s tools needed to make a flag and exactly how to use them.

Rocky House and Steps - Next stop, Rocky Balboa’s famous statue, and steps, otherwise known as the Philadelphia Art Museum Steps. The steps and the statue are actually two of the most popular attractions in Philadelphia, as well as one of the most famous movie filming locations in the entire world! While here you can visit the statue, run up the steps, and take an essential photo from the top. This is honestly a true must-stop in Philly, the 1980 bronze statue one of the most famous pieces of public art. If you happen to see that there is a long line by the statue, no worries, this just means more helping hands to take your photo! This is one seriously fun symbol of perseverance and determination that you, and tens of thousands of other yearly visitors, won’t want to miss! For more Rocky-themed fun head to the nearby Italian Market or Pat’s and grab a bite to eat.

Eastern State Penitentiary - Eastern State Penitentiary, or ESP, is a former American Prison that was once the most famous and expensive prison in the world! Opened in 1829, this Gothic-style prison turned attraction shows its thousands of annual guests tours of Al Capone’s cell, various historic and informational exhibits, and even an after-dark haunted house feature. While here your group will see the once breathtaking vaulted, sky-lit cells and grand architecture, today a land of crumbling rooms and empty guard towers. Eastern State Pen was a strictly disciplined facility, the first true "penitentiary," or prison designed to inspire true penitence/regret. Choose between a group, self, academic, haunted, or special tour as you learn about America’s most notorious criminals that once stayed here, such as the infamous band-robber Slick Willie Sutton or Al Capone. Stop by the shop on your way out to pick up any informational books, videos, or ESP souvenirs! 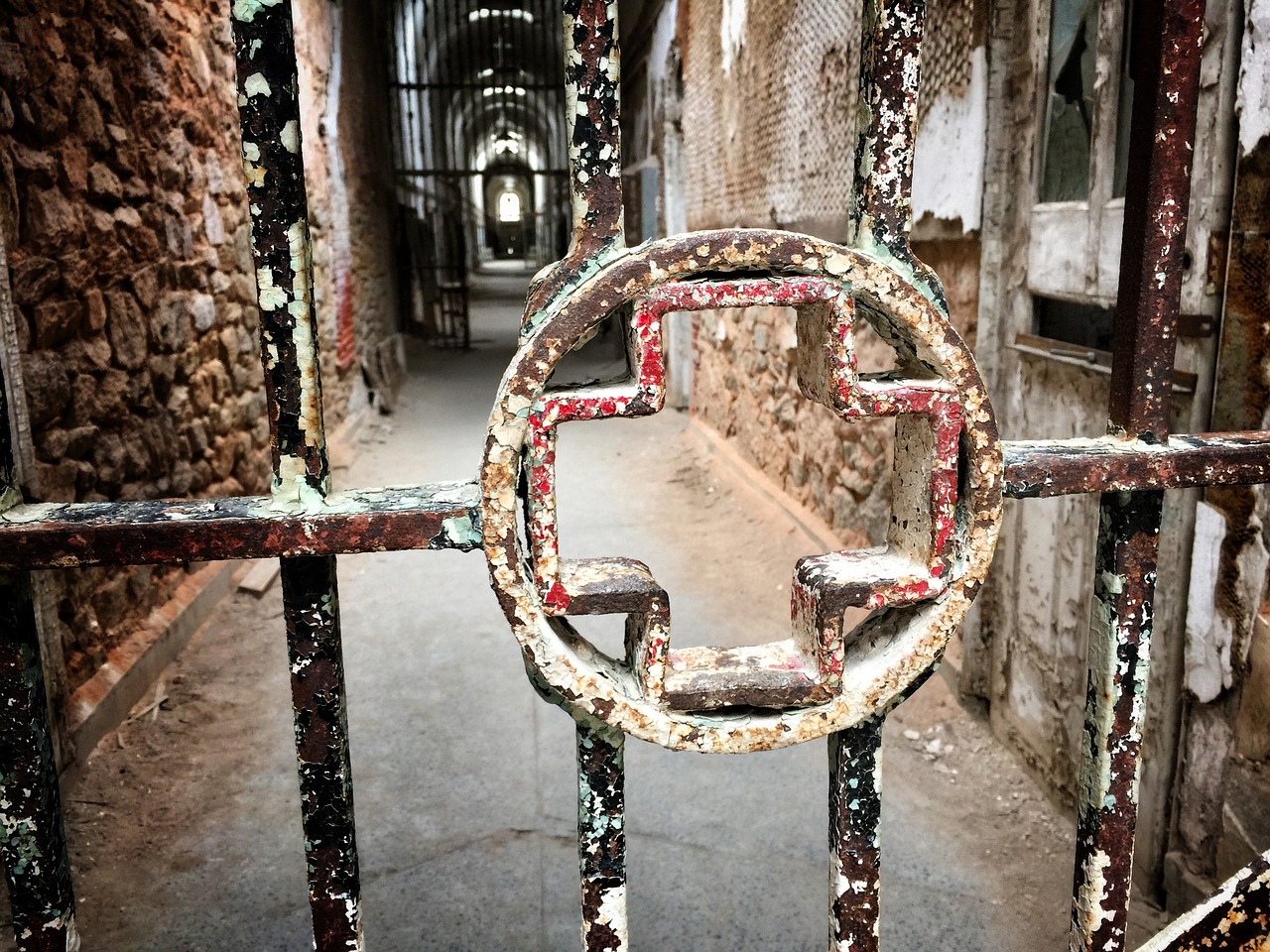