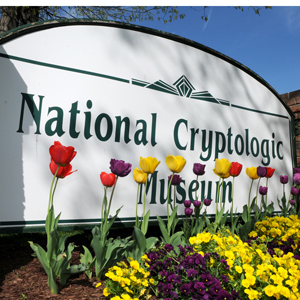 When you take a trip to Baltimore, a visit to the National Cryptologic Museum would not be regretted. Visitors will have the opportunity to check out fascinating exhibits on the study of codes and the solving of coded puzzles, often for national security. Guests can also see the National Cryptology Memorial where you can pay your respects to those who gave their lives in the "silent service" of the nation's security.

The National Cryptologic Museum contains interesting exhibits for visitors to explore like the African American Experience. The exhibit focuses on how African Americans have had an influence in the field of cryptology in areas like the National Security Agency and others. These individuals began their work in 1944 in a segregated office and greatly advanced the study while maintaining national security during WWII.

If you enjoy American war history, don't miss the American Revolutionary War: Revolutionary Secrets exhibit where you will have the opportunity to see how both the colonists and the British used secret codes in order to send messages about their plans for the war. People used methods such as invisible ink, codes, visual communications, and hidden messages. George Washington received some of these secret codes and this form of communication helped the United States achieve independence.

Another exhibit at the National Cryptologic Museum is known as the Biometrics Exhibit. At the attraction, visitors will have the opportunity to learn about biometric technology, a technology that uses automated methods of recognizing a person based on their physiological or behavioral characteristics. Fingerprint identification is the oldest system that is used for biometric technology although there are other human traits that are used to identify a person such as speech, their face, their hands, and their behavioral characteristics.