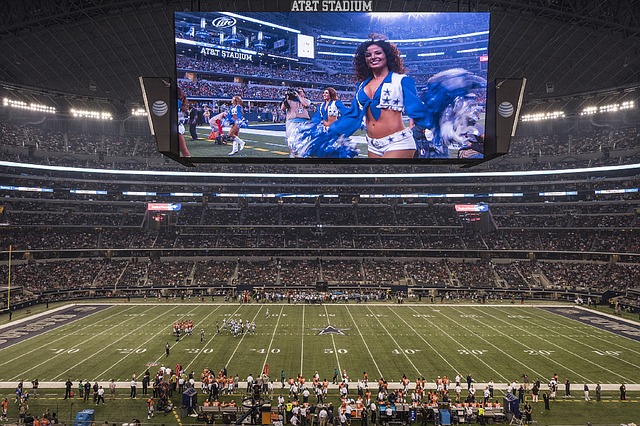 The Dallas Cowboys, Texas' golden child of the NFL and America's football sweetheart, find themselves at home at Dallas' AT&T Stadium. If you're a football fan, chances are you've enjoyed some Cowboys games over the years and here's your chance to visit where they play!

The Cowboys offer a variety of experiences including the VIP Guided Tour, the Art Tour, and Educational tours as well as self-guided options for groups that prefer a go-at-your-own-pace style. During the VIP Guided Tour, the group will be led by a professional guide through various areas of the AT&T Stadium such as the print media press box, the Cotton Bowl office vestibule, the Dr. Pepper Star Bar, the field, the post-game interview room and also both the Cowboys and the Cheerleaders locker rooms. Tours at AT&T Stadium are highly recommended for football-loving groups of all ages, as a unique opportunity to glimpse behind the curtain and see the magic where football and television collide.

For something even more unique, Art Tours offer your group a fascinating educational experience as you will be led around the stadium and observe the marvelous works of art. It may be surprising to some but AT&T stadium prizes itself on its extensive collection of contemporary art. Not your average football stadium, AT&T is an architectural and design phenomenon which is worth seeing even if you don't enjoy the sport. There is also the option of taking an audio tour which contains stories on the collections, artists and their works, as well as artist interviews.

Visitors have the added option to download the mobile app for the stadium and to take the self-guided tour which is offered when the field isn’t in operation. Featured areas of the tour include the field, the Cowboys and Cheerleaders locker rooms, and the post-game interview room.