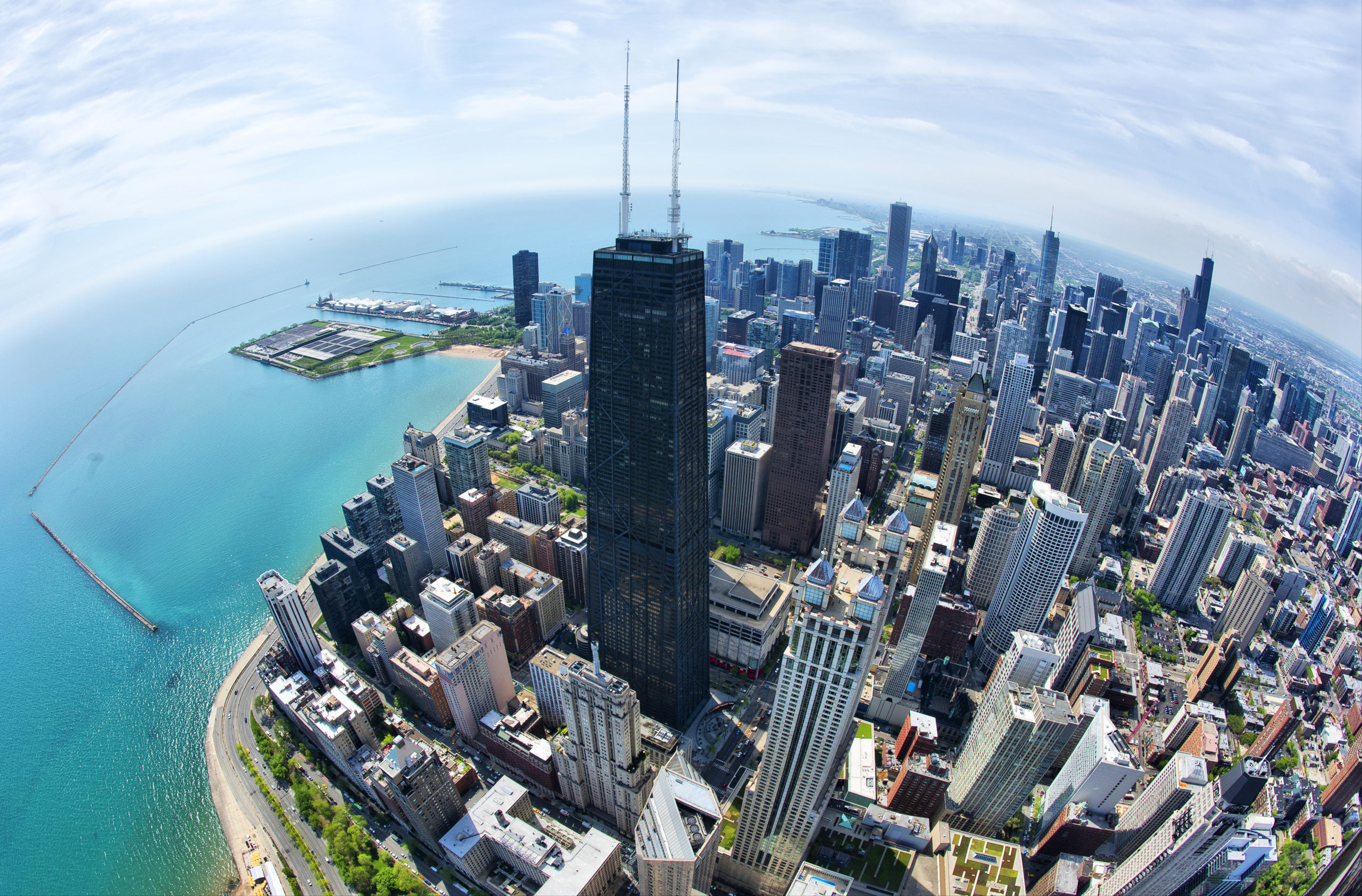 Rising high above the Chicago skyline, reaching 1,000 feet into the clouds, is a full immersion 360-degree view of the city below at the John Hancock Observatory, now 360 Chicago. For the best-unimpeded views of downtown Chicago, Lake Michigan, and four neighboring states, 360 Chicago is your perfect destination.

From high above you can see the Magnificent Mile below, one of Chicago’s most notable landmarks, as well as the beautiful expanse of Grant Park and its grand attractions, the Navy Pier, and far across the lake. TILT, the first experience of its kind, is a new outward tilting viewing platform where you can grab onto the handles and look down over the city as if you were a bird. It is safe, of course, with a thick glass window in between you and the open air.

This is a rare experience saved for buildings of an amazing height such as the Burj Khalifa in Dubai or the Empire State Building’s observation deck. Here in Chicago, you can experience the grand expanse of the Windy City without the wind and see everything there is to see and more. When you’ve observed all you can from 1,000 feet in the air, hop down six floors to the newly renovated 94th Floor Cafe where you can eat surrounded by the same exquisite urban views. To commemorate your visit, grab some Chicago theme or 360 Chicago memorabilia found only at 360 Chicago.

The observatory is open 365 days a year from 9 am-11 pm though you should be aware that the observation deck and TILT may be closed to the general public on certain days for special events. 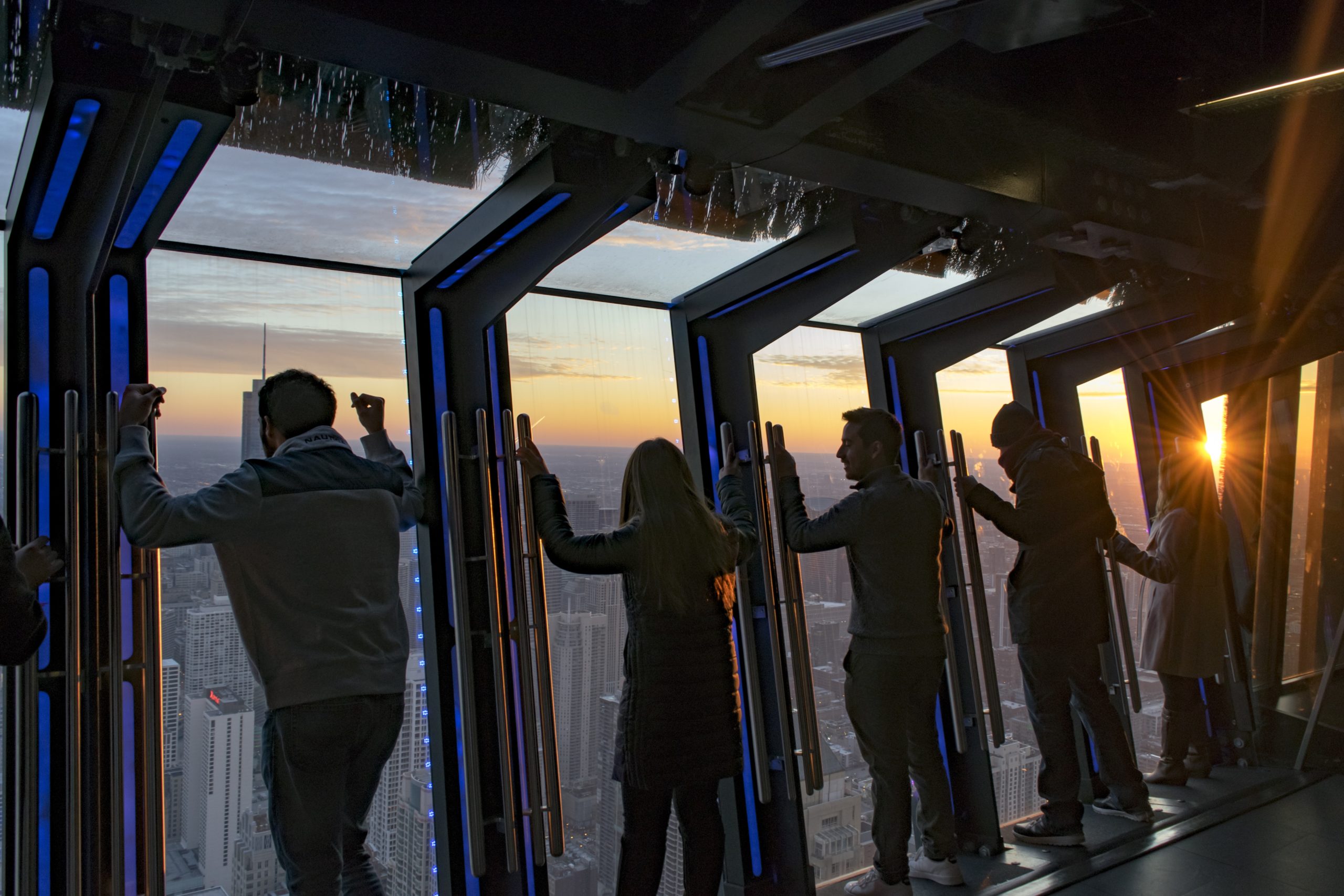