The intellectual, political, and economic center of the nation, Leon stands as a colonial beauty among the hardened terrain of southwest Nicaragua. Only eleven miles from the Pacific coast and cradled by the rugged volcanic and rainforest surroundings, Leon is not only a beautiful ecotourism destination but a sensational cultural city filled with history, architecture, and the spirit of its people. 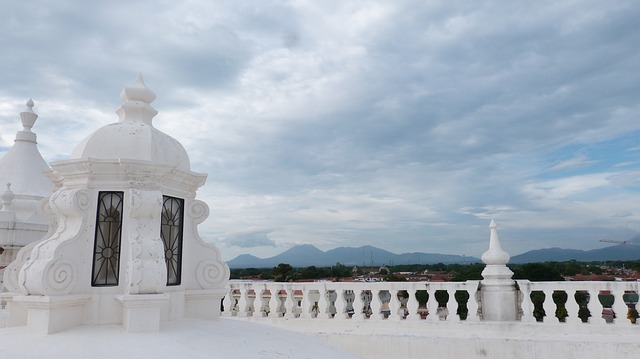 The original site of Leon was founded in 1524 by Cordoba 19 miles from where Leon stands today. The original Leon was destroyed by the Momotombo Volcano in a series of eruptions in 1610 and was subsequently buried only to be rediscovered in 1960. The site is now a World Heritage Site renamed as Leon Viejo, offering tours and adventures to visitors from all over the world.

The volcano which destroyed Leon Viejo in the early 17th century, Momotombo Volcano, is a popular destination for eco-tourists. Historic, beautiful, and potentially dangerous - what you want from an adventure, right? Momotombo last erupted in 1905 but it still produces heat topping off at 500 degrees Celsius. Its terrain is rough but rewarding for those who wish to climb its magnificent exterior to its picturesque peak at 1,258 meters above sea level. If this volcano is too adventurous, Cerro Negro Volcano is an excellent second choice. Standing at only 500 meters high, the barren facade of this young volcano may look easy but it provides a little challenge before you reach the top and see extended, unimpeded views of the countryside.

Leon is not only historic but holds the distinction as the intellectual capital of Nicaragua. Home to the second oldest university in all of Central America, Leon has raised some of the finest thinkers, inventors, poets, and authors including native son Ruben Dario. As the intellectual capital, Leon hosts a number of academic and artistic attractions such as the Entomological Museum capturing the science of Central American insects, the Ruben Dario Museum, and the Museum of Legends and Traditions which follows the history of Leon. You can also find a National Theater, Municipal Theater, and many art galleries around the city which uphold and encourage appreciation of the visual and performing arts.

Founded by Spanish explorers, Leon, like many other Central American cities, is a religious center. Unlike other Central American cities, Leon is home to the largest cathedral in Central America and the first episcopal seat in Nicaragua since 1531. Cathedral Basilica of the Assumption of Leon stands as a beautiful colonial baroque building created in the mid 18th century, blessed to survive earthquakes, volcanic eruptions, and civil wars. Visit the cathedral and crypts to see the graves of poets Ruben Dario, Salomon de la Selva, and Alfonso Cortes.