Home of the territorial capital of the U.S. Virgin Islands, St. Thomas is the cultural and entertainment center of the archipelago. Experience everything from underwater vistas to pirate history, religious wonders, and more on St. Thomas. 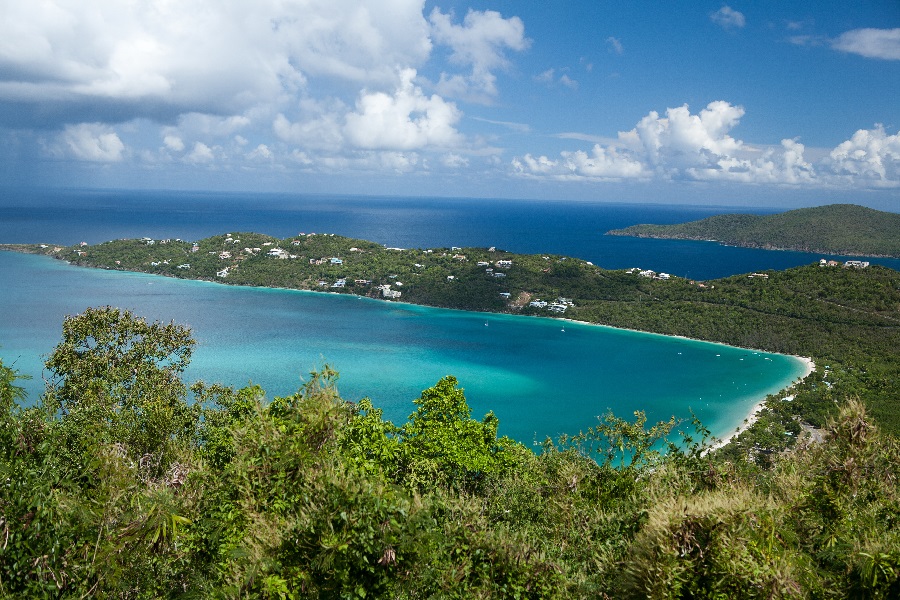 While it is only 31 square miles, St. Thomas is a mighty tourist competitor. The island was first settled by the Ciboney and later the Arawak Indians but turned into a trading post for the Dutch West India Company in 1657 and finally conquered by the Danish in 1666. Many of the historic buildings remain standing including the St. Thomas Synagogue, the second oldest synagogue in the Western hemisphere, and Fort Christian, the oldest standing structure in the U.S. Virgin Islands.

Charlotte Amalie, the island’s largest city and territorial capital, is both historical and exciting. Established in 1666, Charlotte Amalie has centuries of experience and adventures. The city is home to a deep-water once frequented by pirates which today is one of the busiest cruise ship ports in the entire Caribbean. With a perpetual year-round temperature average in the mid-80s, St. Thomas accrues a lot of attention.

As an old pirate port, St. Thomas has several legends and stories about famous pirates like Blackbeard, even building him a castle. Now a national historic landmark, Blackbeard’s Castle offers beautiful views, phenomenal experiences, and a plethora of interesting stories about legendary rebels.

If you find yourselves venturing out of Charlotte Amalie, make sure you stop at the Coral World Marine Park and Underwater Observatory where they take you to coral reefs, present sea lion shows, allow you to walk on the ocean floor in a SNUBA suit, and much more. Explore the aquariums, meet new fishy friends, and ride in the Nautilus semi-submarine.

As part of the Caribbean, it is almost impossible to find an island without beautiful beaches and ocean activities. St. Thomas is no different and offers up the Caribbean sea on a silver platter with destinations like Magens Bay, one of the most popular beaches on the island. Coki Beach, near Coral World Marine Park, is a popular diving site with deep coral reefs and colorful schools of fish. Likewise, Wit Shoal II and Navy Barges are interesting diving sites for the sunken structures lying on the ocean floor for SCUBA or snorkeling exploration.