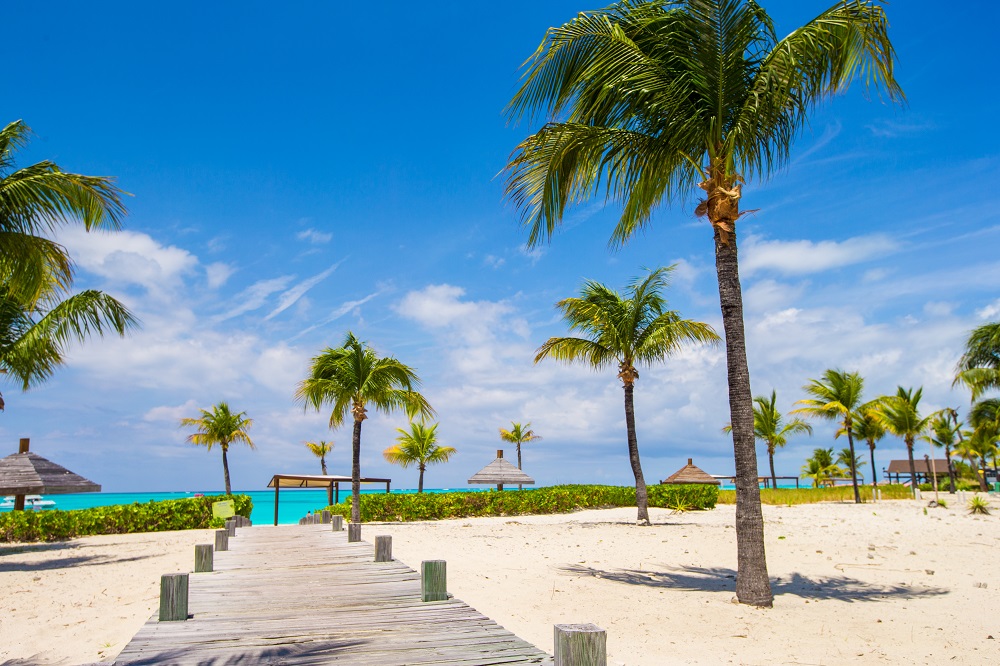 Stunning beautiful white beach in Turks and Caicos on the Carribean

A picture of ultimate perfection, the beaches of Provo bring in visitors from all over the world. Grace Bay, the island’s most popular beach, has been ranked as one of the world’s top ten beaches. Stretched over several miles of pristine packed white sand, Grace Bay opens up into the calm Caribbean sea of the bluest blue water you have ever seen or dreamed. The second most iconic attraction in Provo is Chalk Sound, a beautiful scenic lagoon filled with rocky cliffs in a field of brilliant blue, extremely calm water. Climb to the top of the surrounding hills to get a picturesque view of the area or head to the lagoon’s coast to relax in the sound.

Providenciales is consistently ranked as one of the world’s best dive spots for clear waters that can grant dive visibility as far as over 100 feet. The barrier reef stretches for over 20 miles in some parts and the extant sea walls hold a myriad of marine wildlife for easy and exciting underwater adventures. Some of the best dive spots in all of Providenciales are located at Northwest Point where the calm waters make for easy diving. French Cay at Northwest Point features a massive 6,000-foot vertical wall holding a number of wildlife including sharks, rays, eels, octopus, and a variety of tropical fish.

For beginning snorkelers, visit Coral Gardens off of Grace Bay where you can view a cornucopia of animals in only a few feet of calm, crystal clear water. A number of informational snorkel trails exist at the Princess Alexandra National Park with the best snorkeling occurring at Bight Reef and Smith’s Reef.

Aside from the beach and diving opportunities, Provo is known for its unique culinary practices mixing locally grown ingredients and Caribbean flair with international culinary techniques. Test out one of the fine dining establishments in the city or take part in the community-wide Island Fish Fry every Thursday. The whole city and surrounding communities turn out to participate with food booths, island flair, and live Caribbean music and dance.