The capital city of St. Lucia, Castries is located on the northwest side of the island where the Caribbean sea caresses the tropical shores. With inclined shores, white sand beaches, and inland hills coated in rainforest, Castries is a relatively untapped Caribbean gem with incredible possibilities. 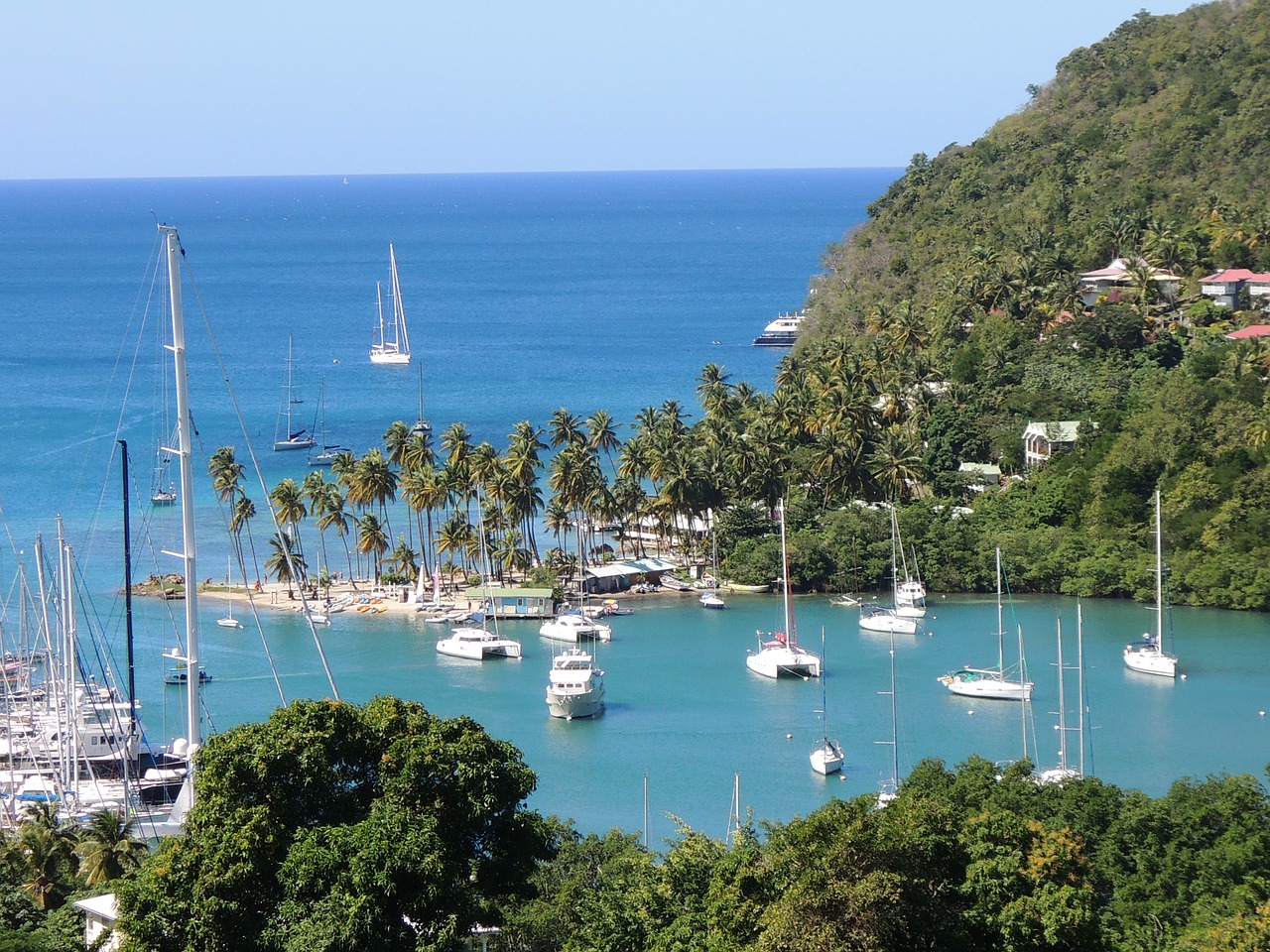 There are a number of attractions, both relaxing and active, that draw in visitors year round. The Cathedral Basilica of the Immaculate Conception is the seat of the Archbishop of St. Lucia and the largest church in the Caribbean. The Minor Basilica is located in historic Derek Walcott Square and open to the public for visits and worship services. The square in which the cathedral is found, Derek Walcott Square, is named for the St. Lucian Nobel laureate poet by the same name and maintains public green gardens and a bandstand where local musicians play.

Originally a fort constructed by the French in the late 18th century, Morne Fortune offers some of the finest views of the city. The large hill also contains the Inniskilling Fusiliers Monument, a memorial to the soldiers who fought against the British invaders in 1796. Both the fort and monument are listed as historical landmarks and, along with the spectacular views of the city and sea below, make for fascinating attractions.

In St. Lucia, all beaches are open to the public year round. Malabar Beach, a two-mile-long crescent-shaped beach, is one of the most scenic and popular beach destinations. Here you are guaranteed Caribbean blue waters, shady palm trees, and cerulean skies to relax your worries away. The beautiful thing about St. Lucia’s beaches are that they never seem very crowded, adding to the island’s indomitable charm.

Another popular water-based attraction is Rodney Bay, named after British naval officer George Brydges Rodney. The bay is a popular attraction for both locals and tourists with numerous restaurants, shops, the Bay Walk Mall, nightlife, and more. Visitors can board the Unicorn, a brig used in the film Pirates of the Caribbean. The area also has a darker pirate history as it was notoriously used by pirates in the 18th century.

The city of Castries, and St. Lucia by extension, is a quiet, atmospheric slice of the Caribbean. High peaks covered in rainforests, lush greenery, wild orchids, and orchards filled with coconuts, mangos, and pineapples only continues to add to the island’s charisma. Come to Castries while it’s still untouched and experience the Caribbean the way the locals do.