The largest island in the Cayman Islands, Grand Cayman is the social, cultural, and tourist center of the Caribbean nation. Visitors enjoy a number of accommodations and amenities created to encourage the Caribbean energy that entices people to the islands. Relaxation, luxury, panoramic ocean views, and easy access to the beach draws in crowds of tourists yearly. The island of Grand Cayman, with its several historic city centers, boasts exciting attractions, easy enjoyment, and everything you could possibly want from a Caribbean destination. 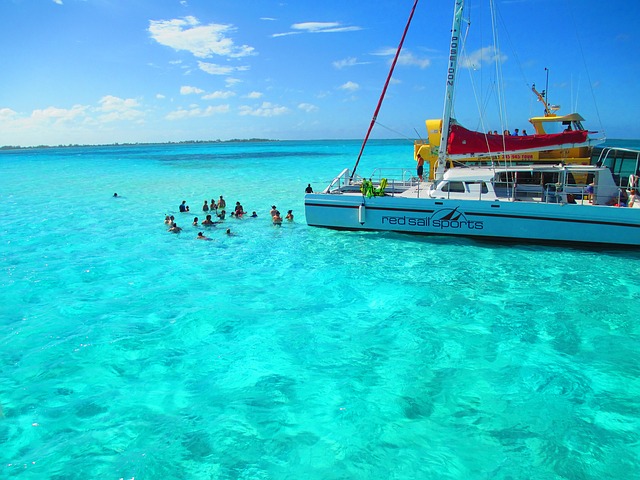 As a tropical island, Grand Cayman is home to some of the world’s best snorkeling and scuba diving opportunities. Two of the most popular diving spots are located off the coast of the famous Seven Mile Beach: Devil’s Grotto and Eden Rock. Swim through underwater mazes of coral reefs, rock formations, and schools of exotic fish to experience the deep blue sea from beneath the waves. If you don’t like to go underwater to view wildlife, head to Star Fish Point and walk through shallow crystal clear waters to see the starfish that gather along the sands.

With the many cities along the coasts, the towns on Grand Cayman are perhaps best experienced individually. George Town, the nation’s capital, is the largest city in the islands. The finance, government, and tourist capital as well, George Town is the center of the island nightlife and business district. Between the nearby Seven Mile Beach and George Town’s waterfront district, there are dozens of restaurants, bars, entertainment venues, and nightclubs. The area is also home to several museums, art galleries, shopping malls, as well as tours of the rum distilleries and surrounding areas.

Following the coast, we come to the historic village of Bodden Town, the original capital of the Cayman Islands. Situated on a natural harbor and coral reef, Bodden Town boasts a small town atmosphere and natural charm. Dive in the harbor to view the wildlife and marine sites or tour the small town’s history.

There’s something for everyone on Grand Cayman from excitement to relaxation, making for the ultimate Caribbean getaway.