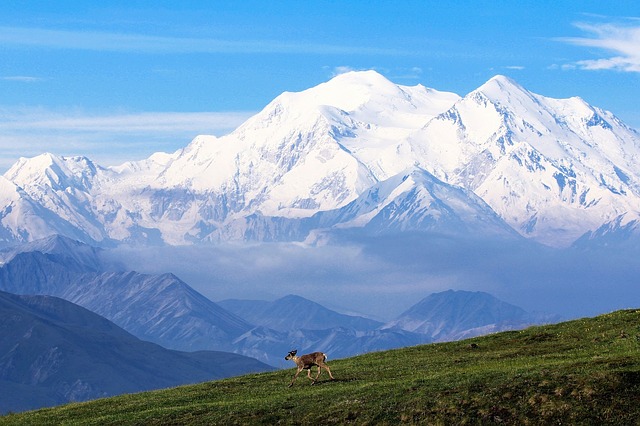 Denali National Park is home to six million acres of raw, mostly untouched Alaskan frontier situated between the cities of Anchorage and Fairbanks. The southern portion of the park is covered by the majestic Alaska Mountain Range and the entire preserve is bisected by only a single winding road.

Within the park, your group will witness a vast variety of Alaskan landscape from the low elevation taiga forest to the high alpine tundra. The unfenced land in Denali National Park gives way to abundant wildlife, including a documented 40 mammals, 170 species of bird, and 15 species of fish, all well adapted to the harsh Alaskan winters. There are also 650 species of flowering plants that can survive the tundra-like wilderness!

Beginning with a simple idea to create the world’s first national park to conserve wildlife, well-known early conservationist and gentleman hunter Charles Sheldon teamed up with local outdoorsman and dog musher Harry Karstens to create a place that is “wild, dangerous, and beautifully unchanged.” When traveling through this area your group will see just this, as well as great examples of "moving landscape" with frequent landslides, moving glaciers, and plenty of glacial fed rivers changing pace daily.

Your group will also have the chance to see North America’s tallest peak Mt. McKinley (or Denali), at 20,320 feet. Besides all the natural wonders and photographic scenery you will see, you also have the opportunity to stop at the Denali Visitors Center, where you can brush up on local area facts and history. Be sure to check out the Cultural Resources Program exhibit, which tells the story of 12,000 years of the people and land of Denali.