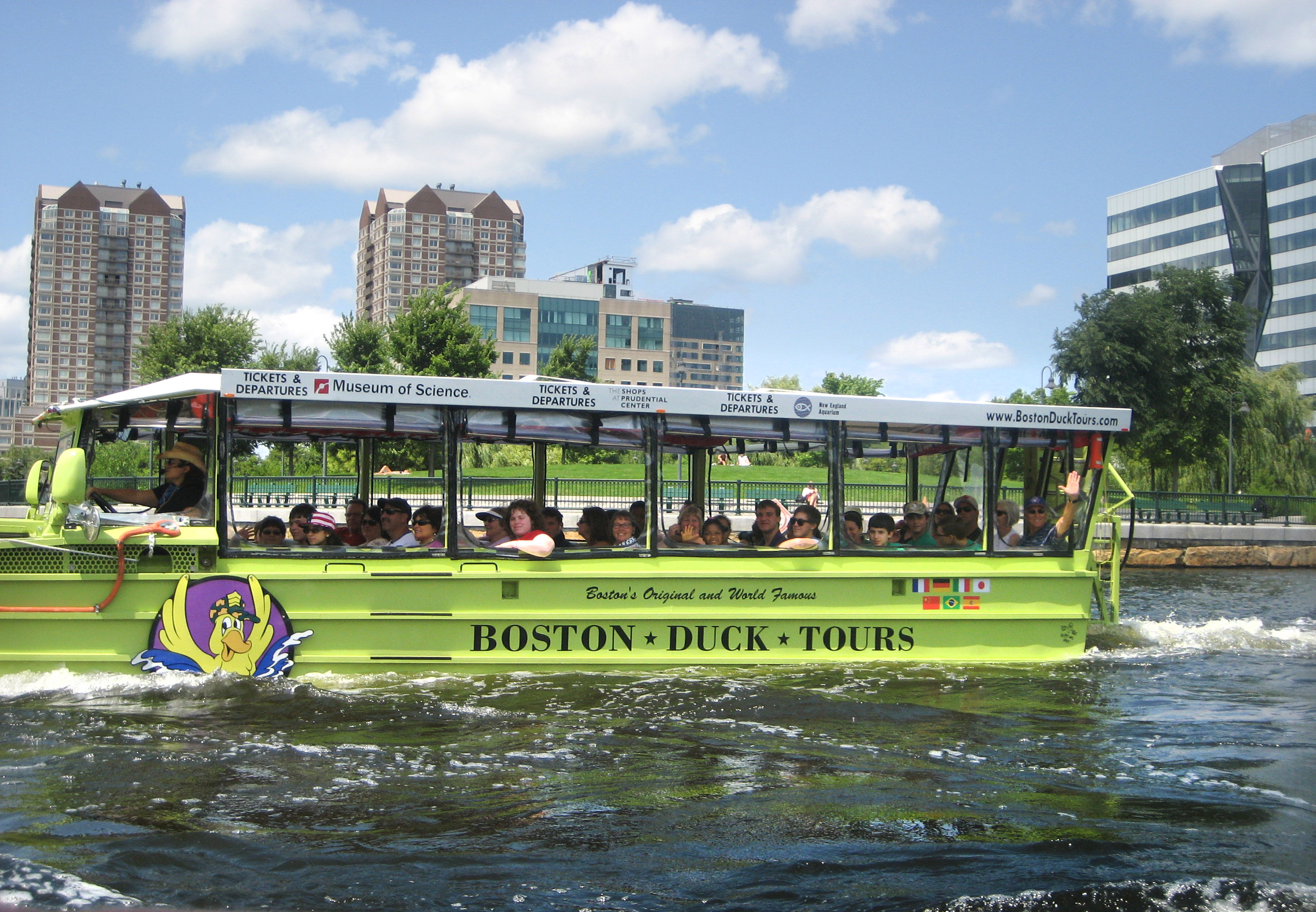 Boston Duck Tour
Your fantastic three-day adventure is off with a bang – you’re heading out on the famous Boston Duck Tour for the ride of your life! As you board one of 28 certified W.W.II style amphibious landing vehicles, you’re greeted by legendary tour ConDUCKtors® - 48 “unique” characters, each tendering a special brand of wacky, quacky Duck Tour magic on this delightfully different sightseeing junket! You'll cruise by historic landmarks and points of interest including the State House, Bunker Hill, Boston Common, Copley Square, Government Center, Newbury Street, Quincy Market, the Prudential Tower, and more. During this extraordinarily entertaining voyage, the very best of Boston unfolds before your eyes as your capable ConDUCKtor® regales you and your travel companions with reels of Boston history. Before you know it, it’s "Splashdown" time and your DUCK plunges right into the Charles River, treating your group to a breathtaking view of the Boston and Cambridge skylines!

Freedom Trail Coach and Walking Tour
You’ll begin this fantastic tour at the State House atop Beacon Hill, and proceed, afoot, through Boston Common, America’s oldest public park. You’ll visit the Old Granary Burial Ground, the resting place of Paul Revere, Sam Adams, Mother Goose, and others, then stroll through the Colonial Section of Olde Boston. You’ll stand on the actual Boston Massacre Site, pass by Faneuil Hall and continue along the waterfront to Boston's first neighborhood, the North End (Little Italy), see the home of Paul Revere (which you’ll be visiting on Day 2) and explore the Old North Church, made famous when Revere dispatched two men with lanterns to climb the steeple to warn the townsmen of the British Approach. Next, you’ll climb into a waiting coach and head across the Charles River to the Charlestown Navy Yard, where, time permitting, you will board the oldest commissioned warship in the United States Navy, the U.S.S. Constitution - "Old Ironsides" - and have an opportunity to climb the294 stairs to the top of the Bunker Hill Monument!

House of Seven Gables
The House of the Seven Gables was a Gothic novel penned by American author Nathaniel Hawthorne and published in April 1851; the actual house that served as the dark tale’s setting - the Turner-Ingersoll Mansion, also the author’s birthplace - is today, surrounded by lovingly-tended pink and grey three-season Colonial Revival gardens and a number of relocated and carefully preserved historically significant structures. The House, originally built by Salem sea captain and merchant John Turner in 1668, was occupied by three generations of the Turner family before being sold to Captain Samuel Ingersoll in 1782. An active captain during the Great Age of Sail, Ingersoll died at sea, bequeathing the property to his daughter Susanna, a cousin of Nathanial Hawthorne. Constituting its own National Historic Landmark District, the 2 1/2 acre museum campus affords visitors breathtaking views of Salem Harbor, Derby Wharf, and the Tall Ship Friendship. Thirty-five minute tours of the House of Seven Gables and grounds introduce two prosperous merchant families, the Turners and Ingersoll's, reveal some of the earliest Georgian-style interiors and collections of artifacts once owned by the Hawthorne Family, treat guests to fascinating stories of Salem’s rich maritime history and detail Hawthorne’s lifelong connection to the legendary home. 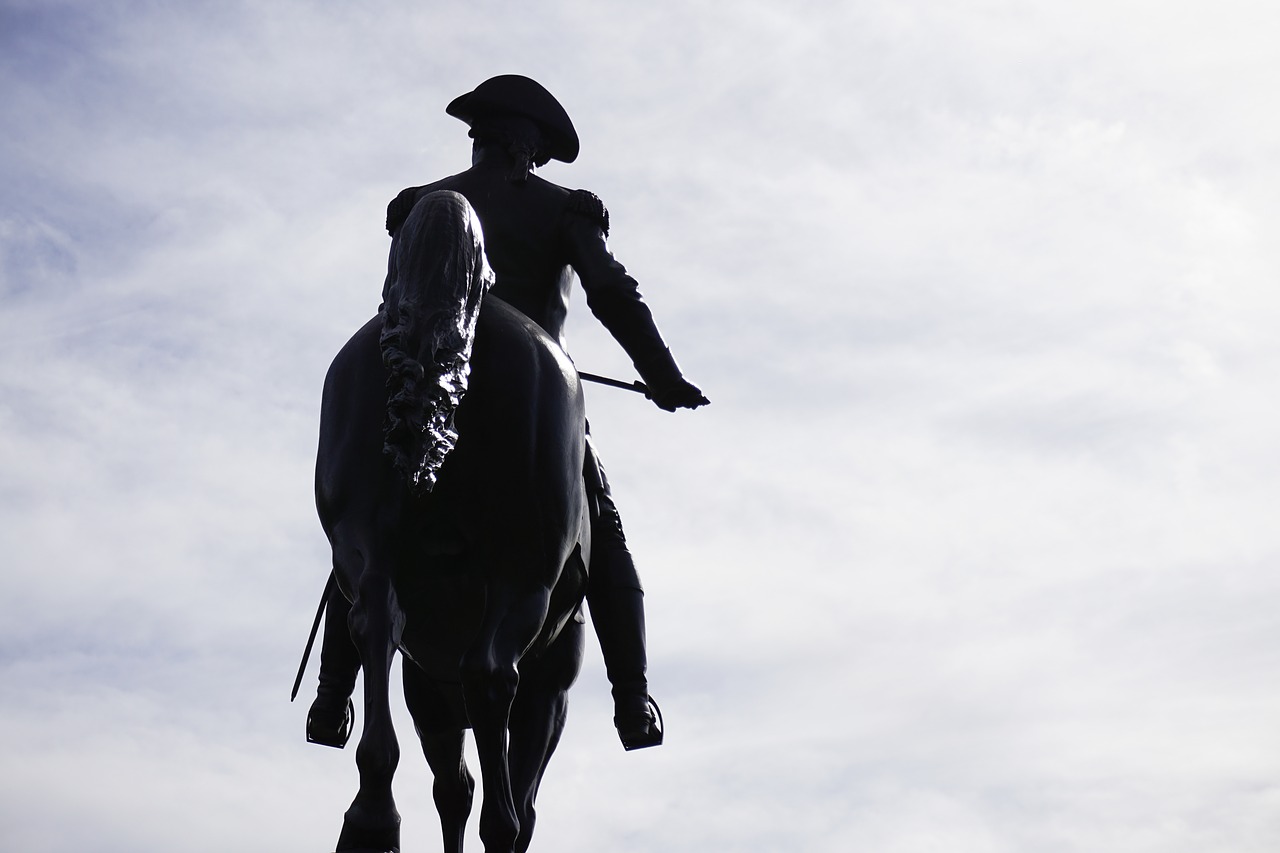 JFK Museum and Library
Your group’s second day in the Birthplace of Freedom begins with a visit to an impressive tribute to our nation’s 35th president, situated on ten idyllic acres overlooking Boston Harbor, Dorchester Bay and the Atlantic Ocean he so loved. The JFK Library and Museum artfully portrays the life, leadership, and legacy of President John F. Kennedy while conveying his unwavering enthusiasm for politics and public service and deftly illustrating the nature of the office of the President through its assemblage of engaging multimedia exhibits such as The Campaign Trail, The Briefing Room, The Space Race, The Oval Office, First Lady Jacqueline Bouvier Kennedy, and The Kennedy Family.

Castle Island
You’re heading to Castle Island – where you can watch the Tall Ships in Boston Harbor, order up the best Lobster Roll in town, and - if you’re feeling energetic- catch a Blue Fish! This favorite Boston destination isn’t really an island; it’s a popular refuge connected to the mainland, home to Fort Independence, a National Historic Landmark constructed under the direction of Colonel Sylvanus Thayer between 1834 and 1851. Explore the stone Fort, relax with a book on the clean, warm sand, stretch your legs on the Boston Harbor Walk or go for a swim in the sheltered lagoon of Pleasure Bay!

Paul Revere House
We’re all familiar with Paul Revere - the midnight-riding Patriot and enduring icon of the American Revolution. The son of a French immigrant artisan, the industrious and multi-talented Revere left this world a modestly well-to-do businessman and a popular local figure of some note. An obituary in the Boston Intelligence commented, "seldom has the tomb closed upon a life so honorable and useful." Self-guided tours let you and your group experience the tidy and well-preserved two-story family home much as Revere left it the night of his famous ride. As downtown Boston’s oldest structure, it stands as a fascinating memorial to American revolutionary history and features wonderful exhibits that are, at once, a tribute to the legendary Paul Revere and a memorial to Post-Revolution American life.

Faneuil Market
Day three, and the sun shines down on the last three stops of your exciting East Coast itinerary! After breakfast, you and your fellow nomads will enjoy a romp through Faneuil Hall - this treasured meeting place and historic landmark were established way back in 1742. Today, it’s a hoppin’ gathering spot for tourists and locals, alike, and features eclectic live entertainment, excellent shopping at dozens of retailers and an array of delightful dining options; it’s also the home of the world-famous Quincy Market Colonnade and the Finch and Bull – the watering hole made famous in the long-running mega-hit sitcom, “Cheers.” A well-known stop on the Freedom Trail, Faneuil Hall is sometimes referred to as "the Cradle of Liberty"; its proximity to favorite local attractions makes it the perfect place to while away a few hours before heading off to explore the rest of the best of Boston!

Plimouth Plantation
At Plimoth Plantation, your group is whisked back to the 1600s, to visit an authentic Wampanoag Homesite, explore a recreated English village and experience the bustling Craft Center – where many things you and your fellow voyageurs will see on the Plantation - from Native implements and regalia to traditional cabinetry, pottery and clothing are painstakingly crafted, the old-world way by skilled artisans. You’ll even meet the hardy – if unusual - Heritage Livestock of Nye Barn and tour a working grist mill!

Mayflower II
While the original Mayflower no longer exists, if you didn’t know better, Pilgrims, you’d be hard-pressed to deny she’s still afloat after stepping onto this authentic re-creation of the ship that made the arduous 17th-century voyage across the Atlantic! As you and your travel companions board the full-scale reproduction Mayflower II, pause for a moment, close your eyes, and inhale the bracing sea air – now, eyes wide open – take it all in! You’ll at once marvel at the ship’s realistic features and wonder how in Heaven’s name 102 people could cram themselves and their belongings onto such a small vessel – for 10 weeks at sea! What better way to wrap up your three day Boston excursion than this?